A coalition of environmental organizations demonstrate that Florida leaders have failed to address critical water-quality concerns by not adequately implementing the recommendations of the Blue-Green Algae Task Force. As the Task Force meets on August 4, environmental leaders urge urgent and aggressive action. 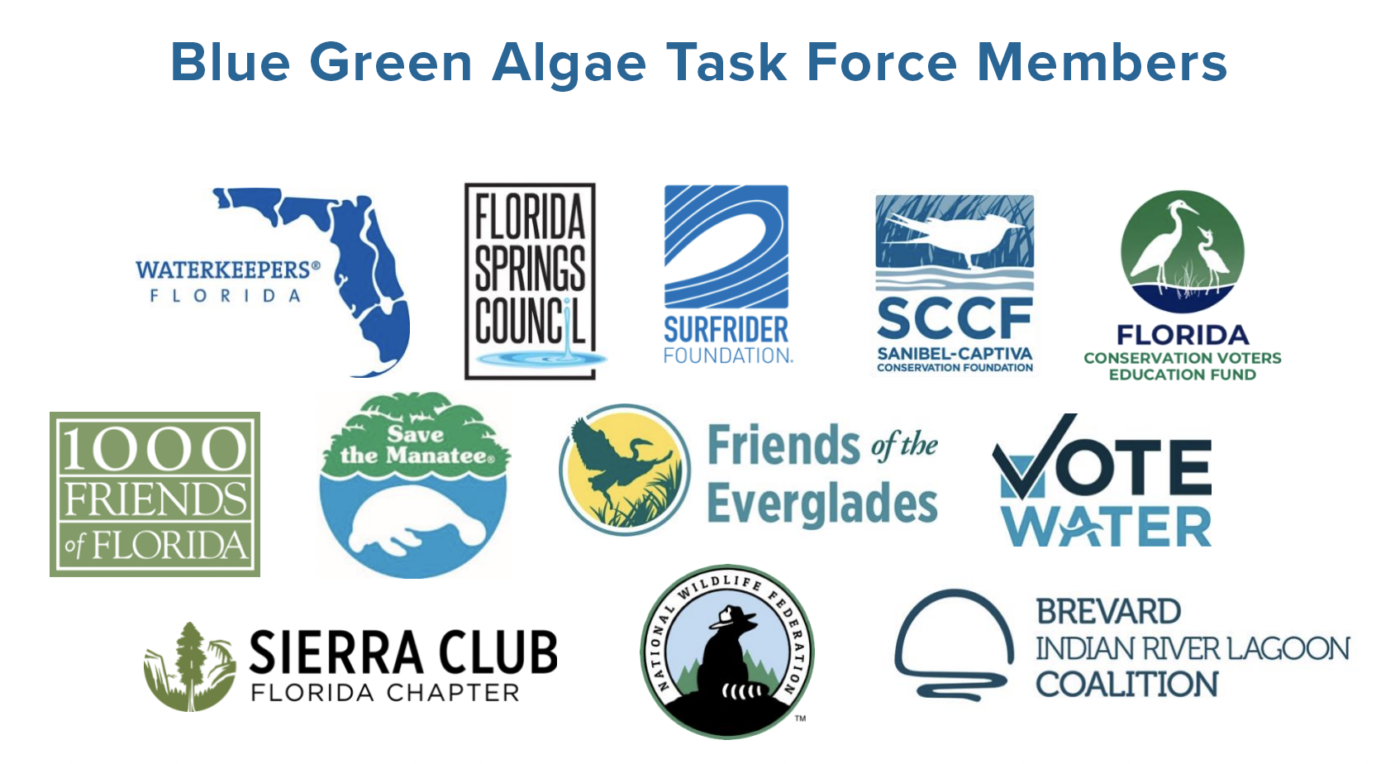 In January of 2019, Governor Ron DeSantis signed Executive Order 19-12 creating the Blue- Green Algae Task Force (BGATF) charged with expediting progress towards reducing the adverse impacts of toxic blue-green algae blooms. In October of 2019, the Task Force issued an initial consensus document outlining recommendations to make progress towards that goal. As we approach the three-year anniversary of the issuance of those recommendations, ecological conditions in Florida have not improved and, in many cases, they have worsened. Lack of meaningful water-quality protections have resulted in persistent harmful algal blooms, a record number of manatee deaths, and an overall decline in water quality statewide.

During the summer of 2022, as algae blooms continued to plague waterways across the state, a coalition of environmental organizations representing Floridians across the state came together to review the BGATF recommendations and provide an update on their implementation. The analysis looked at the common-sense recommendations from the BGATF compared to legislation passed and rulemaking conducted between 2020 and 2022. Grading 32 key metrics on a Yes/No basis, the coalition rated only four as Yes, a passing rate of 12.5%.

The resulting document serves as a progress report to outline which of the BGATF recommendations have and have not been implemented by legislative and state agency actions during the last three years.

Jen Lomberk, Waterkeepers Florida Chair noted: “The problem is that waterways across the state are becoming polluted faster than the current system is restoring them. The Task Force has done their job. Now the state needs to step up and actually implement their recommendations.”

Aliki Moncrief, Executive Director of Florida Conservation Voters stated: “The prescription to save Florida’s waters has never been more clearly articulated to a sitting Governor in Florida’s history. This demonstrates a clear failure by leadership to address our chronic water quality crises. The health of our environment, community members, and economy is at stake and immediate action is needed to clean up our water.”

Ryan Smart, Executive Director of Florida Springs Council, added: “This report proves that the Florida Legislature and Department of Environmental Protection have not implemented the recommendations of the Blue-Green Algae Task Force, despite their claims to the contrary. In truth, for the past two years, the Legislature has refused to pass bills that would have enacted several of the Task Force’s most important recommendations.”

Eve Samples, Executive Director, Friends of the Everglades said: “There’s a gaping divide between the sound scientific recommendations made by the Blue-Green Algae Task Force and action taken by Florida lawmakers. Until we close that divide, Floridians will remain perpetually vulnerable to another toxic-algae crisis — and the resulting harm wrought on public health, ecosystems and our water-dependent economy.”

Cris Costello, Sierra Club Senior Organizing Manager, added: “This report puts in graphic relief the fact that Governor DeSantis is all greenwash. Doing nothing to restore Florida’s ailing waters is criminal, doing nothing and proclaiming you have is worse.”

Amanda Moore, National Wildlife Federation’s Gulf Program Director said: “Poor water quality directly impacts wildlife. Just this past year we’ve had large fish kills, historic losses of manatees, and stresses on our coastal systems that both people and wildlife rely on. Wildlife can be incredibly resilient. If we give them what they need to recover and implement these recommendations to improve water quality, they can rebound.”