HomeHow to HelpAdopt-A-Manatee®Meet A Manatee: Nick

Nicknamed “Crazy Nick,” he is known for heading north when all the other manatees are heading south

Manatees are somewhat migratory animals. In the summer months, they travel around Florida’s rivers and coastal areas, and some may even venture outside the state. But in the winter, when the water temperatures cool, manatees start heading south to warm water refuge areas. All except for Nick, that is. He would be the manatee heading north.

Nick was nicknamed “Crazy Nick” by manatee researchers because he was known for being unpredictable. One winter, Nick spent two weeks traveling north from Blue Spring State Park – located near DeLand – to Jacksonville, Florida. Another time, when the majority of Blue Spring manatees went to Lake Beresford, Nick went to Mud Lake. The only time Nick went to Lake Beresford was when all the other manatees went to Mud Lake!

We know this information about Nick because he has been “tagged,” meaning that he wore a tracking device. This involves a belt that is attached around the base of his tail and attached to a flexible tether and floating transmitter. Signals sent from the transmitter are received by polar orbiting satellites and analyzed to yield accurate location data on the manatee. The information from the tracking device tells researchers about manatee behavior and habitat use, which can be used to help protect them. Even without being tagged, Nick is identifiable to researchers because of his unique pattern of scars left behind from boat strikes. Nick usually makes several appearances at Blue Spring each winter, and he is more social than he used to be, spending time with other manatees at Blue Spring.

You can adopt Nick or other manatees!
Each person who adopts her will receive a full-color photo, biography, and adoption certificate, as well as a membership handbook and subscription to The Manatee Zone, a newsletter featuring updates on the adopted manatees when they are sighted, and Paddle Tales, Save the Manatee Club’s bi-monthly eNewsletter.
Adopt for Myself Adopt for Someone Else Educator Adoption
For more information or to view other manatees available for adoption, visit the Adopt-A-Manatee page, or call 1-800-432-JOIN (5646). 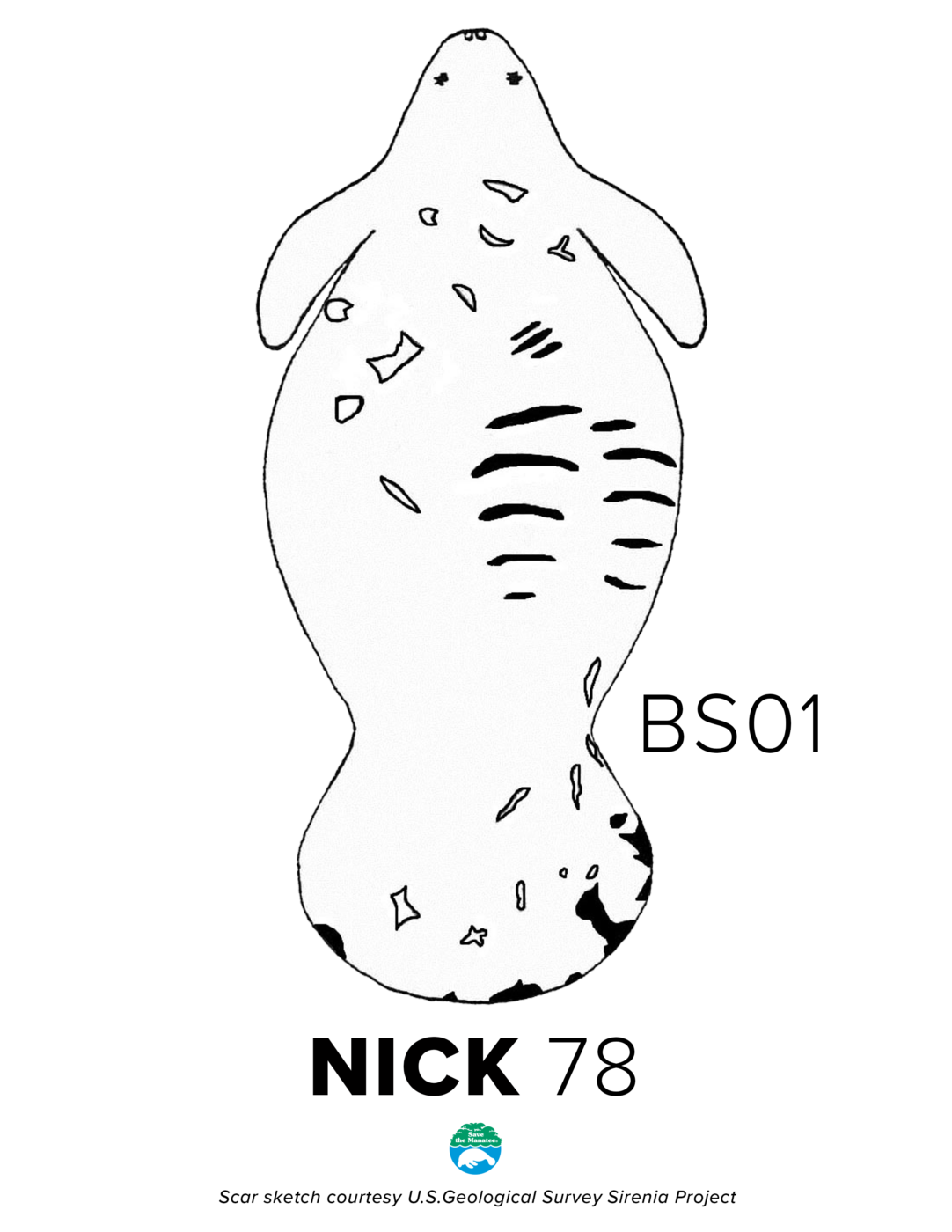 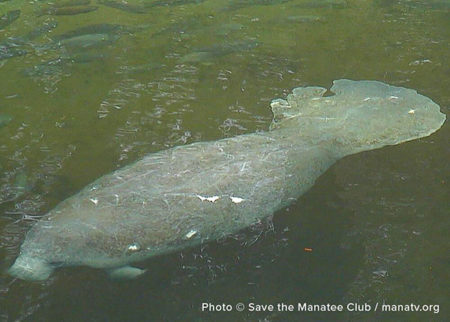 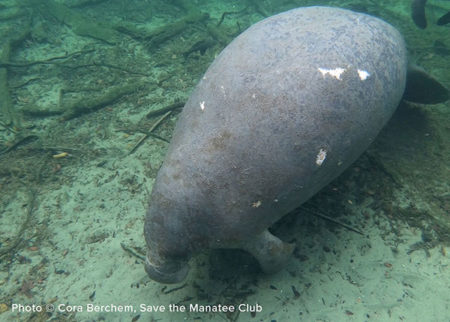 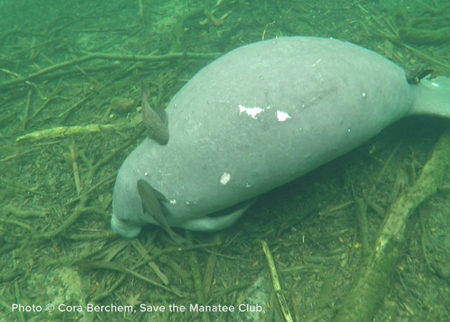 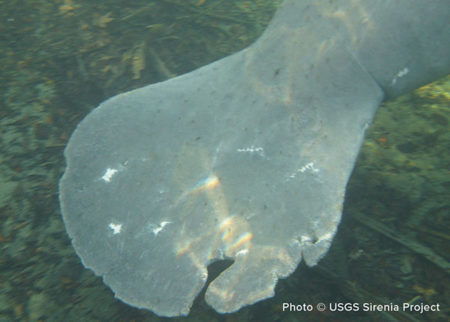 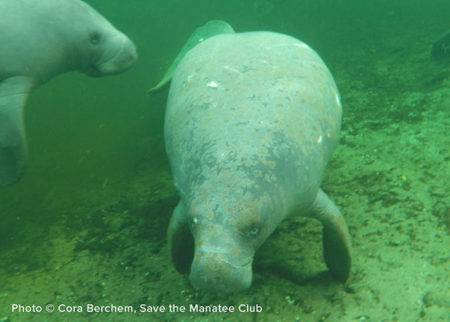 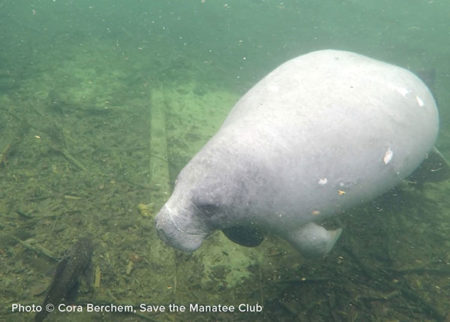 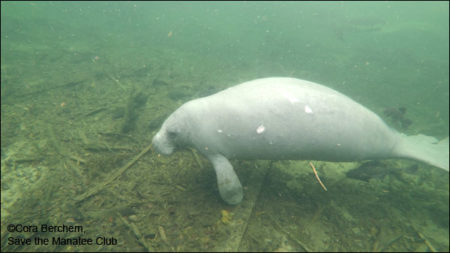 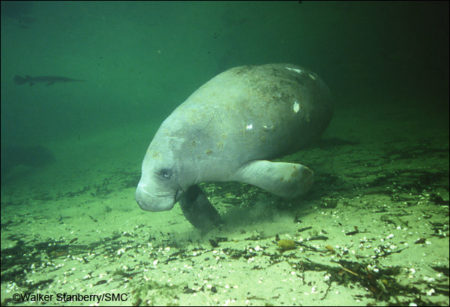 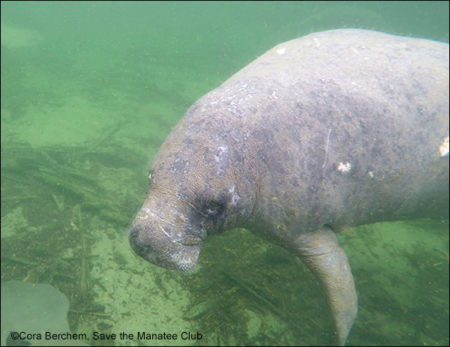 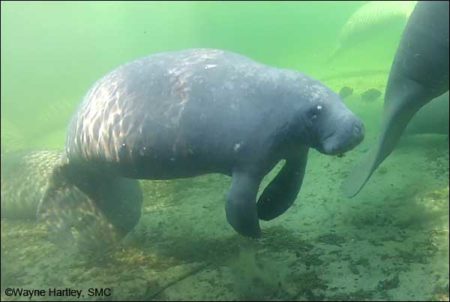 Watch A Video of Nick
Visit Save the Manatee Club’s YouTube page for more videos.