HomeHow to HelpAdopt-A-Manatee®Meet A Manatee: Millie

She has been sighted from Port Everglades to the Upper St. Johns River

Millie the manatee is a real traveler. She has a very long sighting history up and down the east coast of Florida that illustrates how manatees use different habitat and various warm water winter refuges over time. Male manatees usually travel more extensively than females, but Millie is showing us that some female manatees can swim just as far!

Millie was first seen at the Orlando Utility Company Power Plant in Brevard County (now closed) in February of 1980. Between 1980 and 1991, researchers from the U.S. Geological Survey’s Sirenia Project (USGS) and the Florida Fish and Wildlife Conservation Commission (FWC) primarily saw her overwintering in Brevard County on Florida’s east coast and at the Port Everglades Power Plant in Ft. Lauderdale. Researchers gave her the ID number “BC200” for Brevard County #200. Millie is a very large manatee and can easily be identified by an hour-glass-shaped scar on her head and by her forked tail: the result of collision with a motorboat.

In November of 1991, Millie first showed up at Blue Spring State Park in the Upper St. John’s River and Wayne Hartley, Save the Manatee Club’s Manatee Specialist, gave her the ID number “BS133” for Blue Spring #133. At the time, she had a male calf in tow named Murphy. In February of 1992, Millie was observed eating fall asters from the riverbank at Blue Spring. She had to stretch her head and shoulders out of the water to reach them near the springhead—a rare sight!

Over the years, Millie has had nine known calves. Her first known calf was in 1985 and the most recent calf was in 2004. During the 1993 – 1994 season at Blue Spring, Millie brought in female calf named Michelle. Michelle has not been sighted after the 2013-2014 season, but she has had six known calves herself, which makes Millie a grandmother. During the 1998-1999 season, Millie brought in male calf Milford, who also visits Blue Spring in the winter. During the 2014-2015 season, Millie was observed at Blue Spring nursing an orphan.

At present, Millie has been sighted nearly every winter at the Port Everglades Power Plant, the Cape Canaveral Power and Light Power Plant in Brevard County, and at Blue Spring and other springs in the Upper St. John’s River region. She has also had a few summer sightings in the Silver River, which is located near Ocala, Florida. Millie’s story is a good example of how manatees can travel long distances and use both fresh- and saltwater habitat. It also shows why it is so important to protect different areas of manatee habitat.

If you happen to visit Blue Spring State Park or one of the viewing centers along the East Coast of Florida during manatee season, keep an eye out for Millie and see if you can identify her from her obvious scars—she just may show up! You can also check our Blue Spring webcams for updates on the latest news on Millie and the other Blue Spring manatees.

You can adopt Millie or other manatees!
Each person who adopts her will receive a full-color photo, biography, and adoption certificate, as well as a membership handbook and subscription to The Manatee Zone, a newsletter featuring updates on the adopted manatees when they are sighted, and Paddle Tales, Save the Manatee Club’s bi-monthly eNewsletter.
Adopt for Myself Adopt for Someone Else Educator Adoption
For more information or to view other manatees available for adoption, visit the Adopt-A-Manatee page, or call 1-800-432-JOIN (5646). 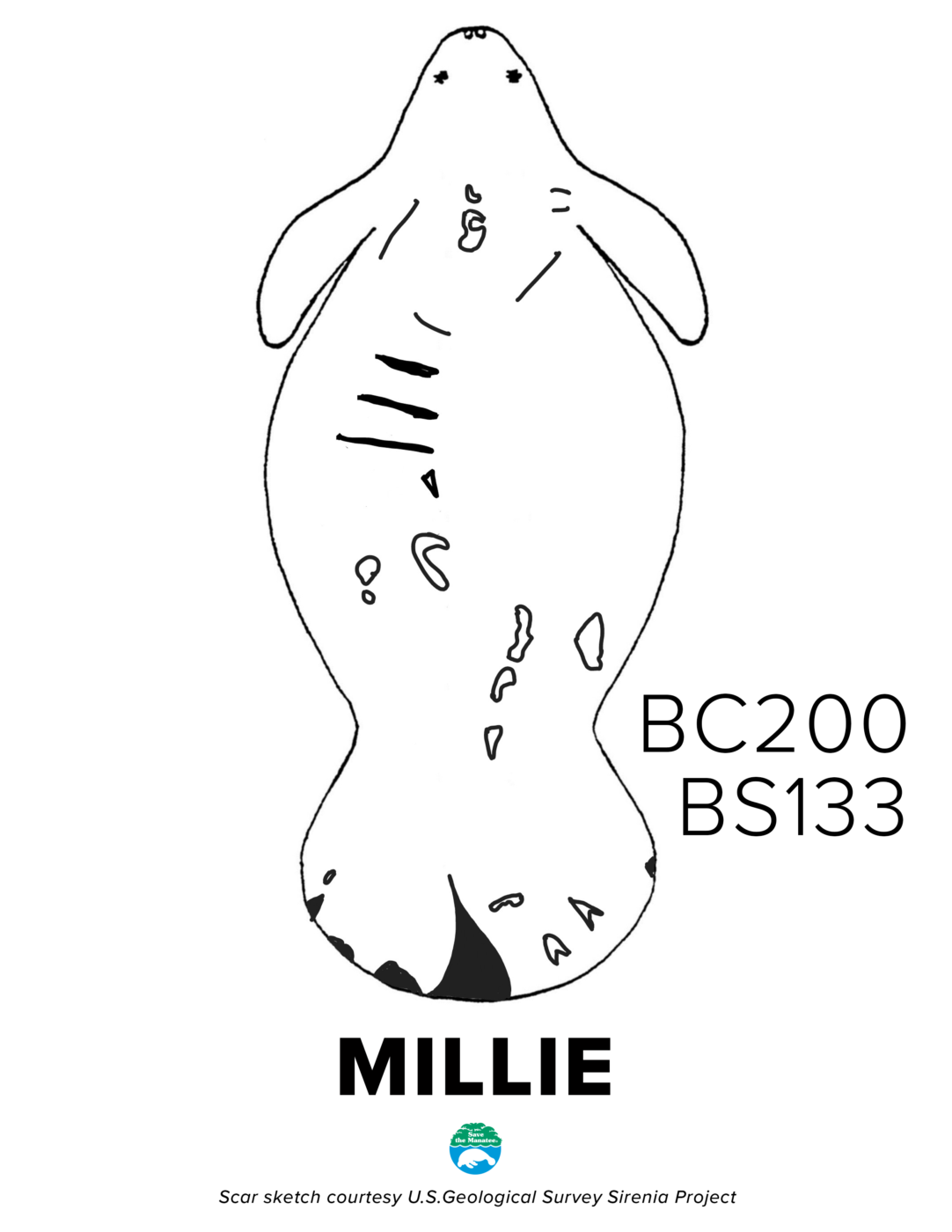 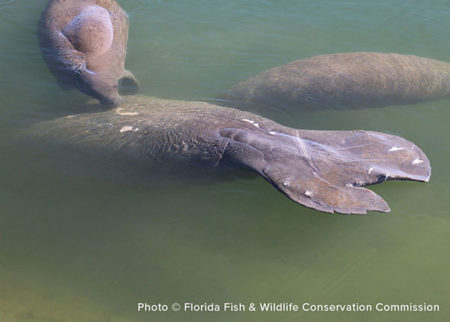 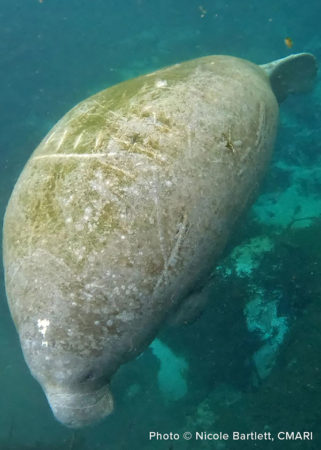 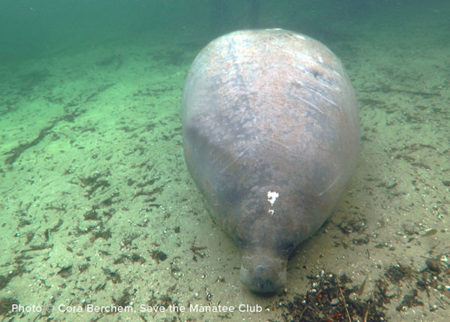 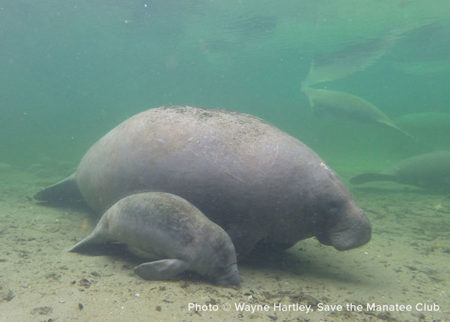 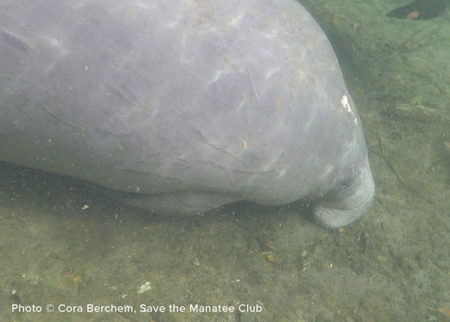 Watch A Video of Millie