HomeHow to HelpAdopt-A-Manatee®Meet A Manatee: Merlin

Merlin is about 10 feet long, which is average for a manatee. Sadly, what really distinguishes him from the other manatees are the scars he has on his head, as well as the many scars he has on his back and tail, which are from multiple boat hits. Named after the wizard featured in Arthurian legend, some might say that Merlin has led a charmed life as he is lucky to have survived all those boat hits.

Shy around people, Merlin is still curious about the research canoe, which the researchers use to get a morning “nose count” on the manatees visiting the spring in the winter. Merlin seems to like to explore and has been seen investigating throughout the spring run. In recent years, he has wintered at two springs to the north along the Upper St. Johns River and has visited Blue Spring sporadically.

Because he has been known to arrive at Blue Spring late in the season, Wayne Hartley, Save the Manatee Club’s Manatee Specialist, calls Merlin “Tail-End Charlie.” This is a nickname given to rear-gunners on British military aircraft during World War II. Manatees typically winter at Blue Spring from November through March, although their arrival and departure is temperature dependent. When he visits Blue Spring, Merlin sometimes does not appear until January.

Manatees are what researchers call “semisocial,” which means they are somewhat solitary animals. They sometimes gather in small, informal groups, but they have no leader or real herd structure. Merlin fits the bill as he is known for traveling on his own, but he can also be found in the spring run, hanging out with the other manatees. He is frequently seen with Lily, Deep Dent, Doc, Lucille, Flash, and Lenny.

You can adopt Merlin or other manatees!
Each person who adopts her will receive a full-color photo, biography, and adoption certificate, as well as a membership handbook and subscription to The Manatee Zone, a newsletter featuring updates on the adopted manatees when they are sighted, and Paddle Tales, Save the Manatee Club’s bi-monthly eNewsletter.
Adopt for Myself Adopt for Someone Else Educator Adoption
For more information or to view other manatees available for adoption, visit the Adopt-A-Manatee page, or call 1-800-432-JOIN (5646). 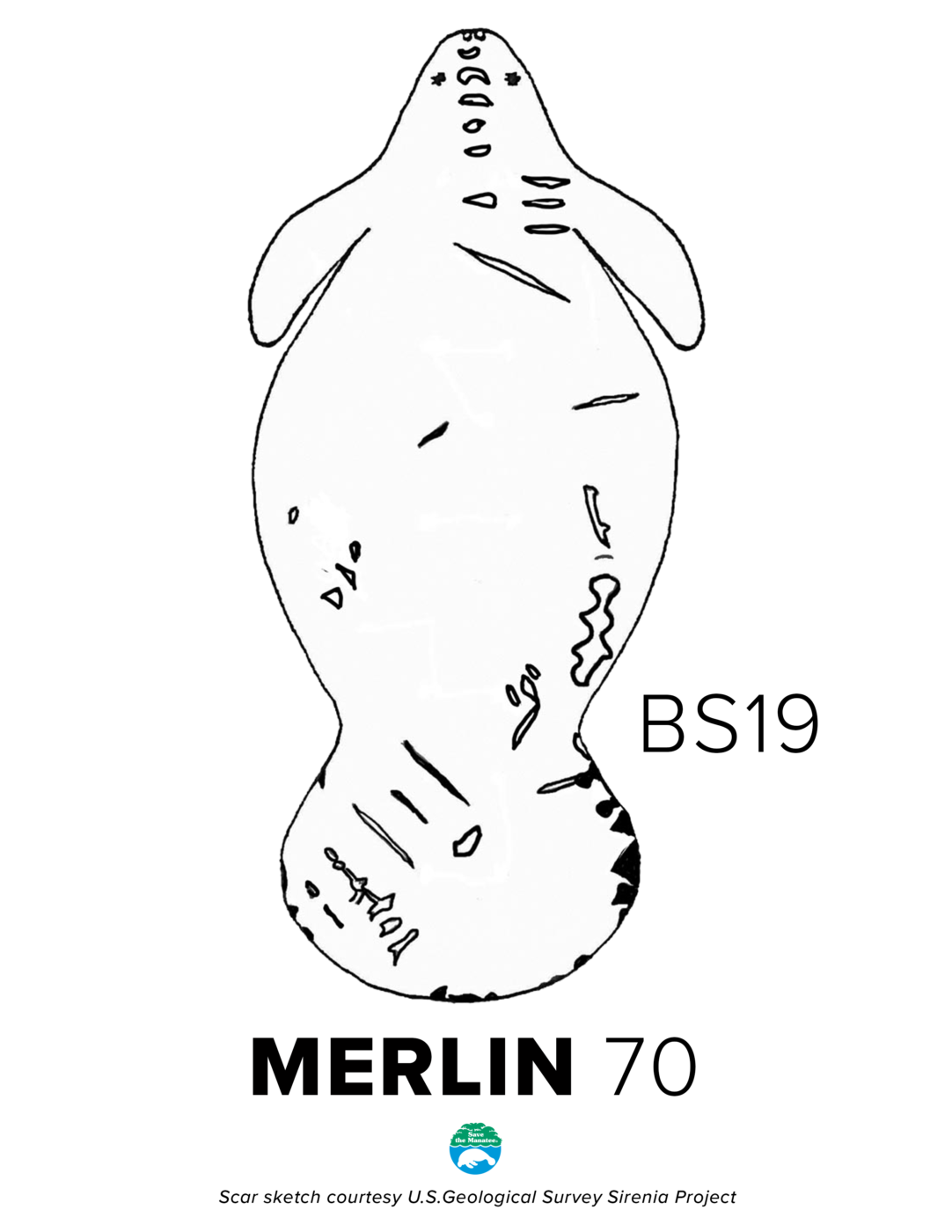 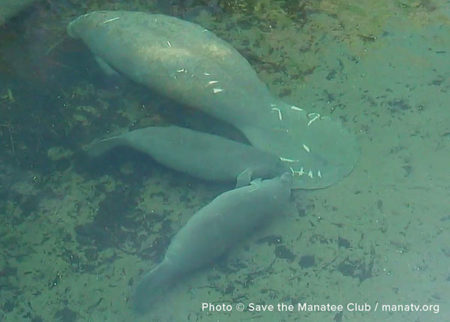 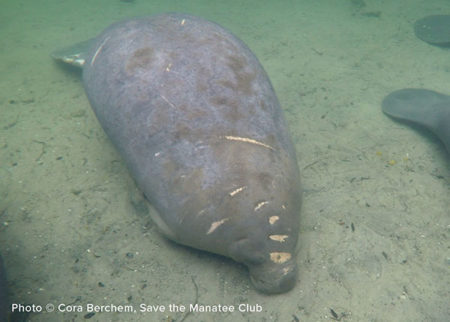 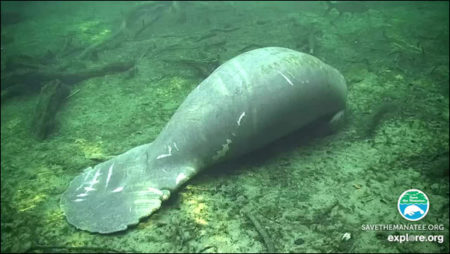 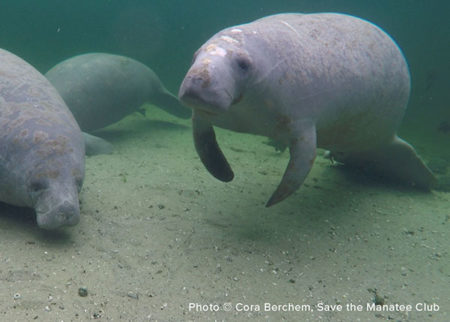 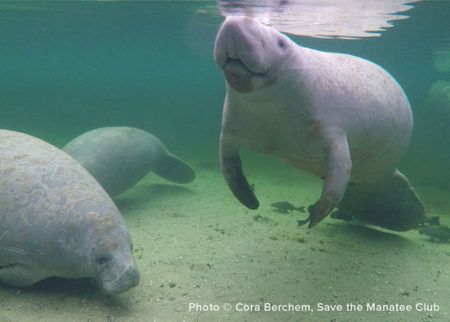 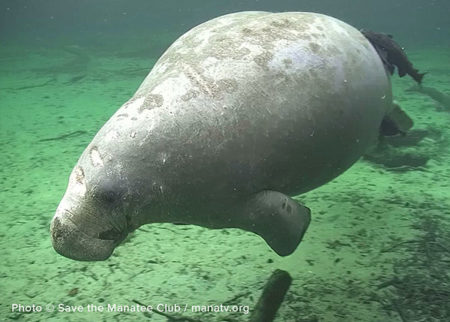 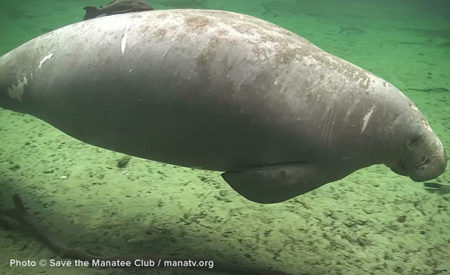 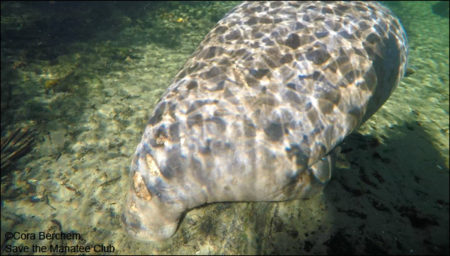 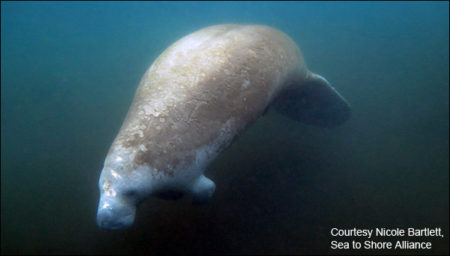 Watch A Video of Merlin
Visit Save the Manatee Club’s YouTube page for more videos.