HomeHow to HelpAdopt-A-Manatee®Meet a Manatee: Lucille

Every family has a family tree, and manatees are no exception. Lucille, who winters at Blue Spring State Park, is part of the largest manatee family tree ever documented at the park.

Like several other animal species, manatees have a matriarchal society, which means that the family tree is traced through the female. When manatees mate, they do not form permanent pair bonds, and males assume no responsibility for raising the calf.

Lucille was born on August 10, 1980, to Luna, another Blue Spring manatee. At the time of Lucille’s birth, manatee researchers were tracking Luna. They were able to record several distinct vocalizations made by Lucille and Luna and identify a “distress call” from a manatee calf to her mother when the two had become separated.* This research provided other insights into the interactions between a mother and her calf and helped advance knowledge of manatee behavior.

Lucille has returned to Blue Spring spend the winter every year since her birth. She is easily identified because of a scar from monofilament entanglement that she has on her right flipper. Lucille had to be rescued after fishing line became embedded in her flipper. The line was removed, but she eventually lost the lower half of the flipper. Her scar is a reminder that monofilament line can be dangerous to manatees and other wildlife. They can accidentally ingest it or die from infection caused by entanglement in fishing line or hooks.

Lucille has had several calves, including ones named Luke, Liege, Loopy, and Peek-A-Boo. On July 8, 2017, Lucille came in to Blue Spring State Park with a very small calf. Mom and calf came back to Blue Spring for the winter season and made several visits from October through March. Lucille made her first visit of the 2018-2019 manatee season on November 11, 2018 and was captured on video by Save the Manatee Club’s manatee webcams. Lucille was on her own, which means the calf had likely been weaned. This is normal as manatee moms usually nurse their young for one to two years.

You can adopt Lucille or other manatees!
Each person who adopts her will receive a full-color photo, biography, and adoption certificate, as well as a membership handbook and subscription to The Manatee Zone, a newsletter featuring updates on the adopted manatees when they are sighted, and Paddle Tales, Save the Manatee Club’s bi-monthly eNewsletter.
Adopt for Myself Adopt for Someone Else Educator Adoption
For more information or to view other manatees available for adoption, visit the Adopt-A-Manatee page, or call 1-800-432-JOIN (5646).

* Special thanks to the U.S. Geological Survey’s Sirenia Project for audio of the calls between the manatee mother and calf. 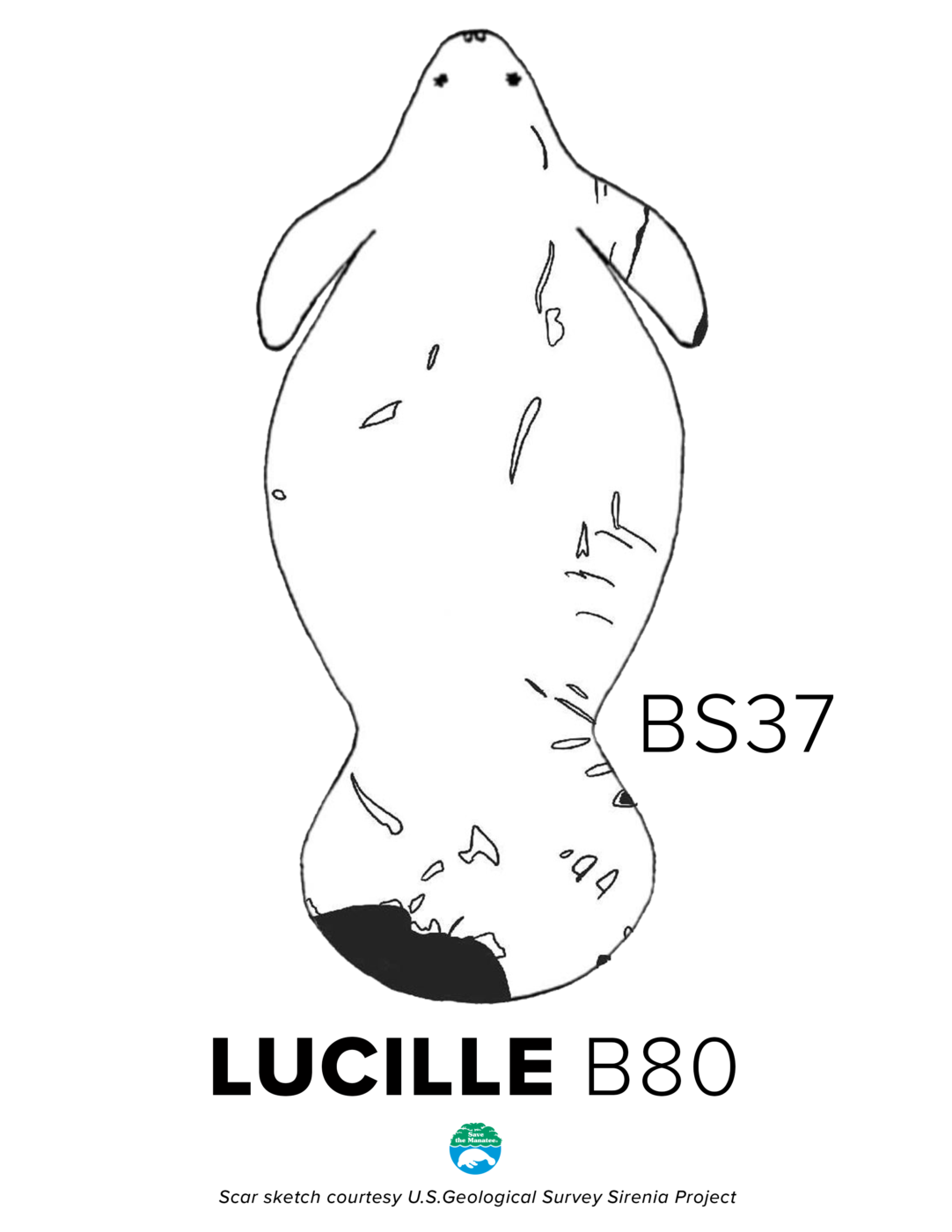 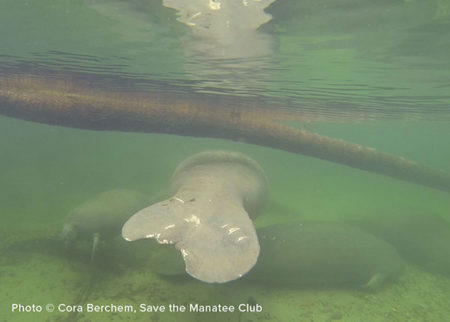 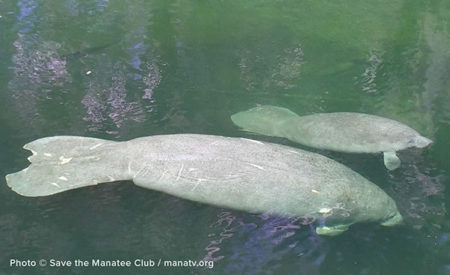 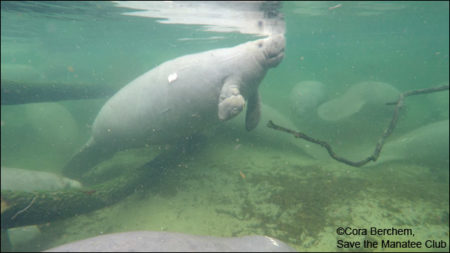 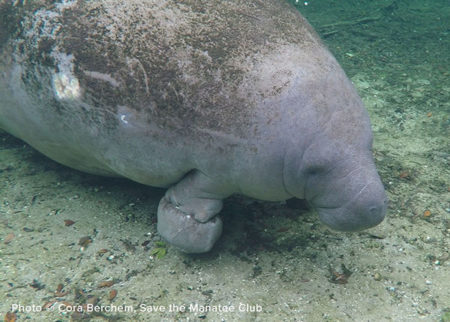 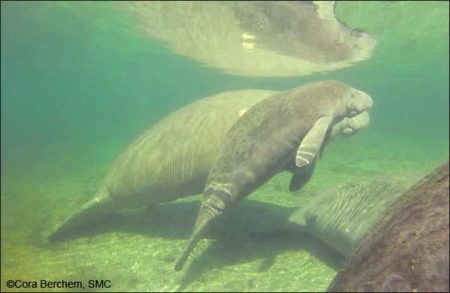 Watch A Video of Lucille

Lucille and her calf, recorded on the above-water webcam at Blue Spring State Park on November 16, 2017. ©Save the Manatee Club.