HomeHow to HelpAdopt-A-Manatee®Meet a Manatee: Gator

Known for his playful behavior, he has been seen chasing and interacting with an alligator

When Gator was a juvenile manatee, he was captured on Save the Manatee Club’s webcam chasing and playing with an alligator at Blue Spring State Park during the winter of 2011-2012. From then on, he was known as Gator!

Manatees are found in freshwater, estuarine, and near-shore marine environments, along with alligators, and alligators are the only animals you will see in Blue Spring that can be as big as a manatee. People often think that alligators may be a threat to manatees, but an alligator has never been observed behaving aggressively toward an adult manatee. In fact, sometimes it’s the manatee that initiates the interaction. Curious manatees will follow the alligators around, while the alligators try to avoid them. One such curious manatee would be Gator.

Although the exact date of Gator’s birth is not known, it is believed he was among a group of unidentifiable yearling manatees seen at Blue Spring State Park, located in Orange City, Florida, during the 2010-2011 winter season. Blue Spring is a vital warm-water refuge for manatees in the winter, and Gator returned to the park the following winter on November 30, 2011. As the years have passed, Gator has continued to visit Blue Spring—often arriving early and leaving late for the season, which usually runs from November through March. His playful behavior is frequently noted, both by researchers and as seen on webcams located at the park. Gator has quickly become a familiar manatee to the Blue Spring park staff, and he tends to wander and play all over the spring run.

Manatee researchers use scars to identify manatees, and Gator has a very identifiable scar pattern, making him easy to spot. He has suffered a boat hit and has six large propeller cuts down his right rear side. Sadly, Gator was hit by a boat again at the end of January 2012, and his new scar consisted of three propeller cuts and a large skeg cut, almost in the exact same location as the previous scar. Wayne Hartley, Save the Manatee Club’s Manatee Specialist who tracks the manatees at Blue Spring, also describes Gator as “a bit of a runt,” as Gator is small in size.

You can adopt Gator or other manatees!
Each person who adopts him will receive a biography, adoption certificate, and membership handbook. They will also receive a subscription to The Manatee Zone, a newsletter featuring any updates on the adopted manatees, and Paddle Tales, Save the Manatee Club’s bi-monthly eNewsletter.
Adopt for Myself Adopt for Someone Else Educator Adoption
For more information, visit the Adopt-A-Manatee page, or call 1-800-432-JOIN (5646). 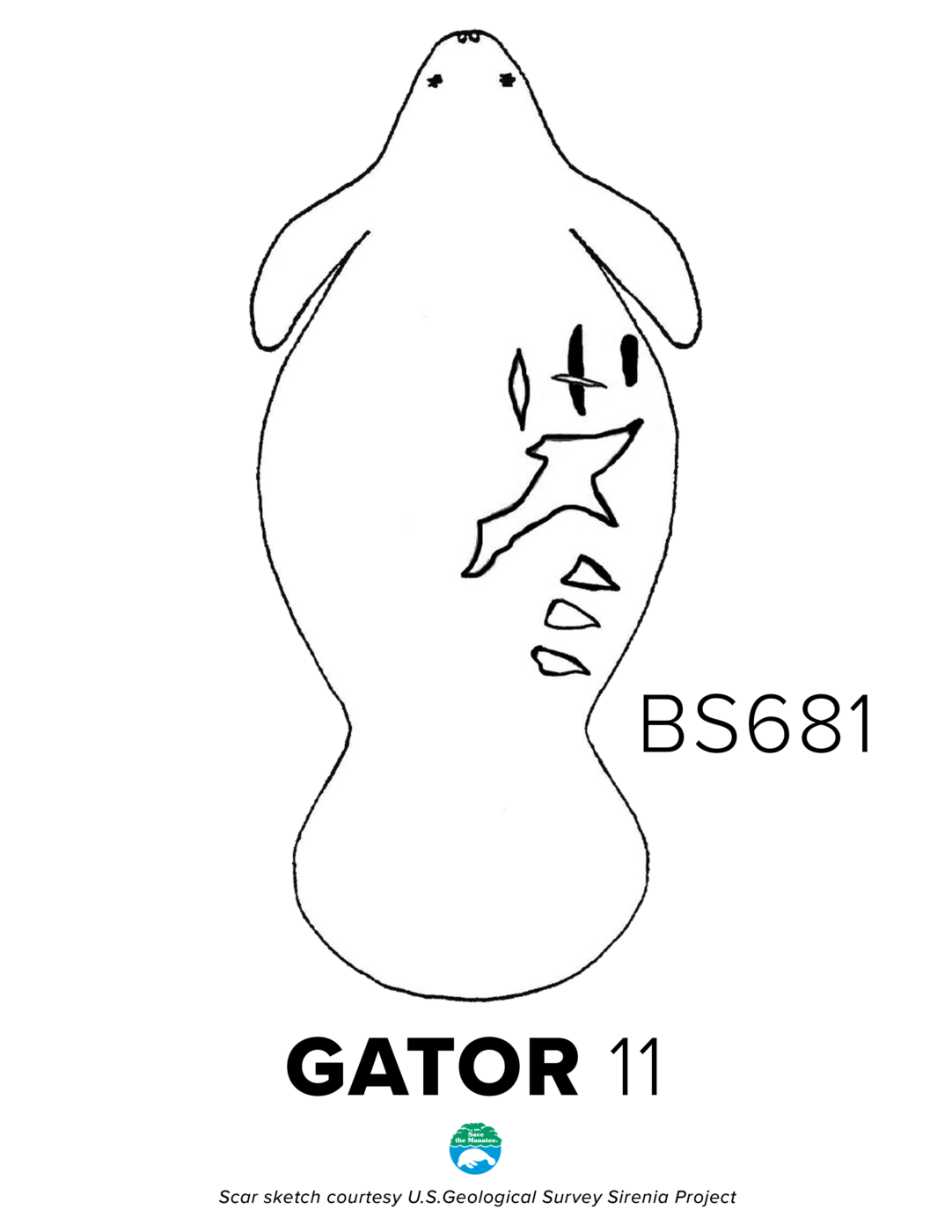 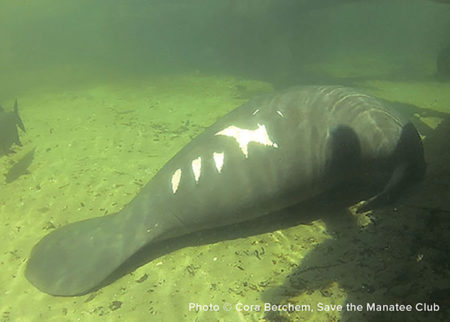 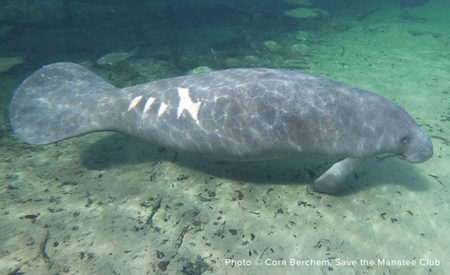 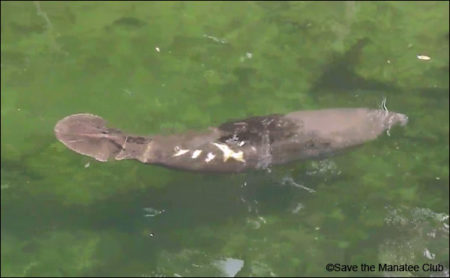 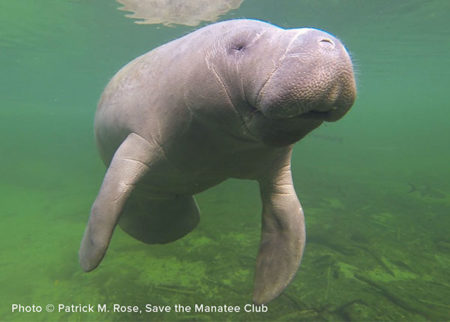 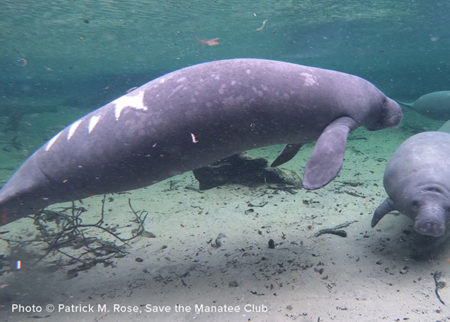 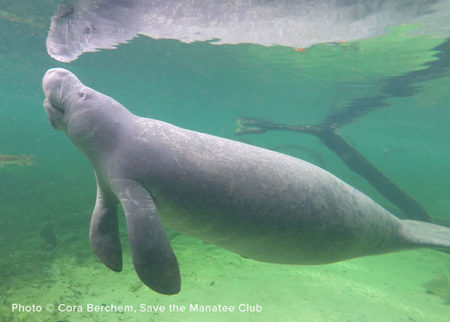 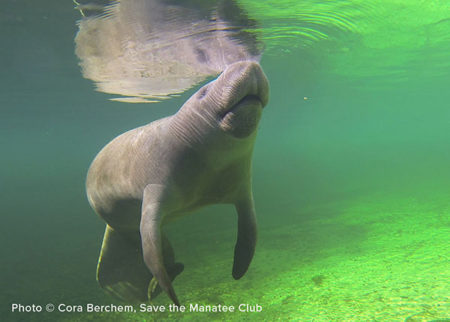 Watch A Video of Gator
Watch a video of Gator at Blue Spring State Park, including footage where he hangs out with an alligator and follows it around! Visit Save the Manatee Club’s YouTube page for more videos.