HomeHow to HelpAdopt-A-Manatee®Meet A Manatee: Brutus

At nearly 1,900 pounds, he is one of Blue Spring’s largest manatees

Once you see Brutus, you aren’t likely to forget him. He is what you would call “one big dude,” topping nearly 1,900 pounds the last time he was weighed. Brutus has been a winter visitor to the park since he was first identified in 1970.

During the winter season, Brutus regularly puts in a number of appearances at Blue Spring. But he is sometimes late, and he is notorious for missing morning “roll call.” Brutus likes to be on his own, snoozing late on the east side of the spring run while all the other manatees are gathered on the west side. Fortunately, Wayne Hartley, Save the Manatee Club’s Manatee Specialist, is good at spotting him, so his presence can be included in the count.

One of the ways Wayne is able to ID Brutus when he visits Blue Spring is by the long white scar on his back, among several smaller scars. Most adult manatees in Florida waters have scars from collisions with boats, and Brutus is no exception. Wayne has a “scar pattern chart,” and he uses it to identify individual manatees.

When he is awake, Brutus is pretty social. When he arrives for the winter and departs for the spring, he is usually in the company of other manatees. He enjoys play, and often takes part in bouts of splashing and cavorting with other manatees in the spring run. Brutus is also known for pursuing the female manatees at Blue Spring.

In the last few years, Brutus has wintered at two springs to the north along the Upper St. Johns River, visiting Blue Spring sporadically. He has been seen there keeping company with his buddy Merlin, another Blue Spring manatee. Luckily, Wayne receives information from other manatee biologists in the area, so he knows what the two old boys are up to.

You can adopt Brutus or other manatees!
Each person who adopts him will receive a biography, adoption certificate, and membership handbook. They will also receive a subscription to The Manatee Zone, a newsletter featuring any updates on the adopted manatees, and Paddle Tales, Save the Manatee Club’s bi-monthly eNewsletter.
Adopt for Myself Adopt for Someone Else Educator Adoption
For more information, visit the Adopt-A-Manatee page, or call 1-800-432-JOIN (5646). 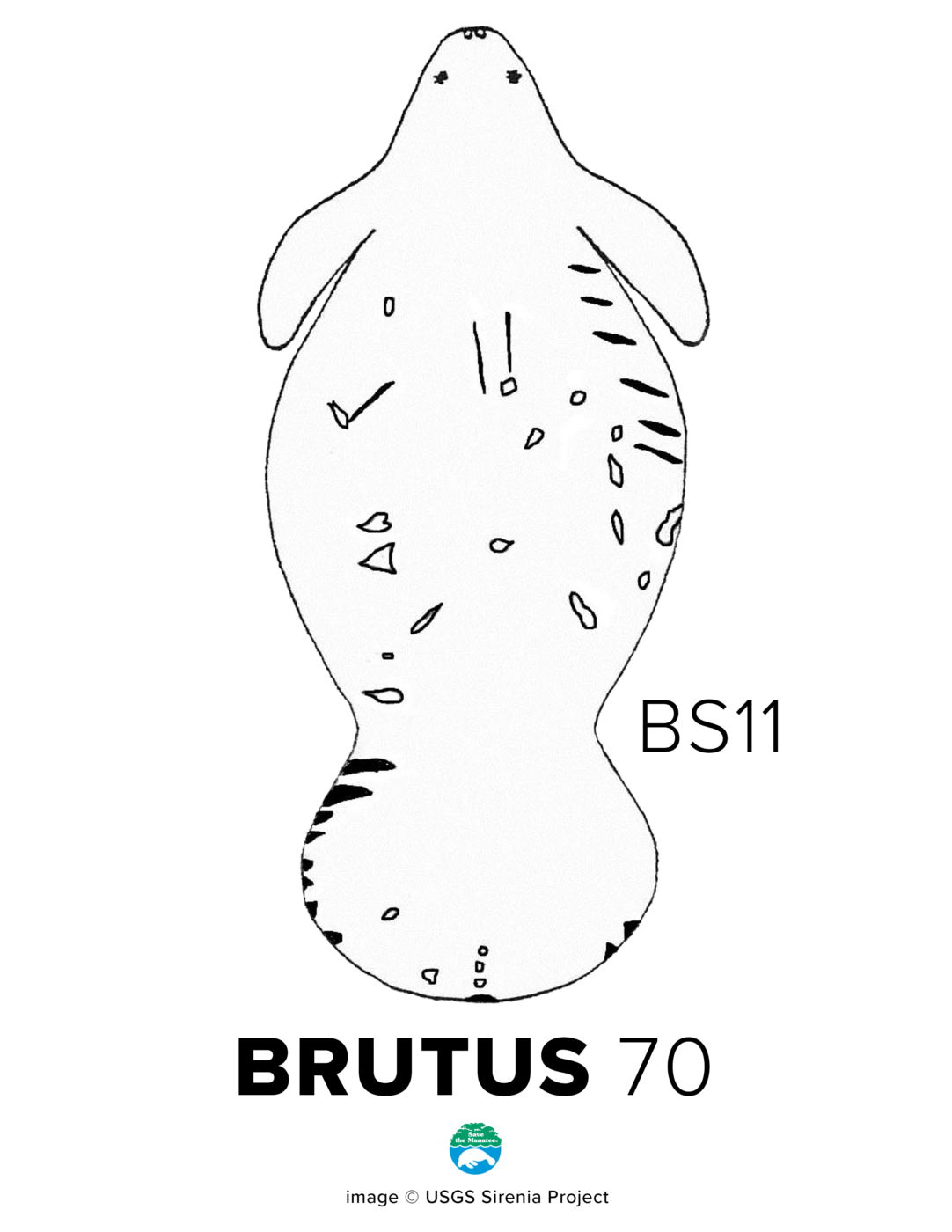 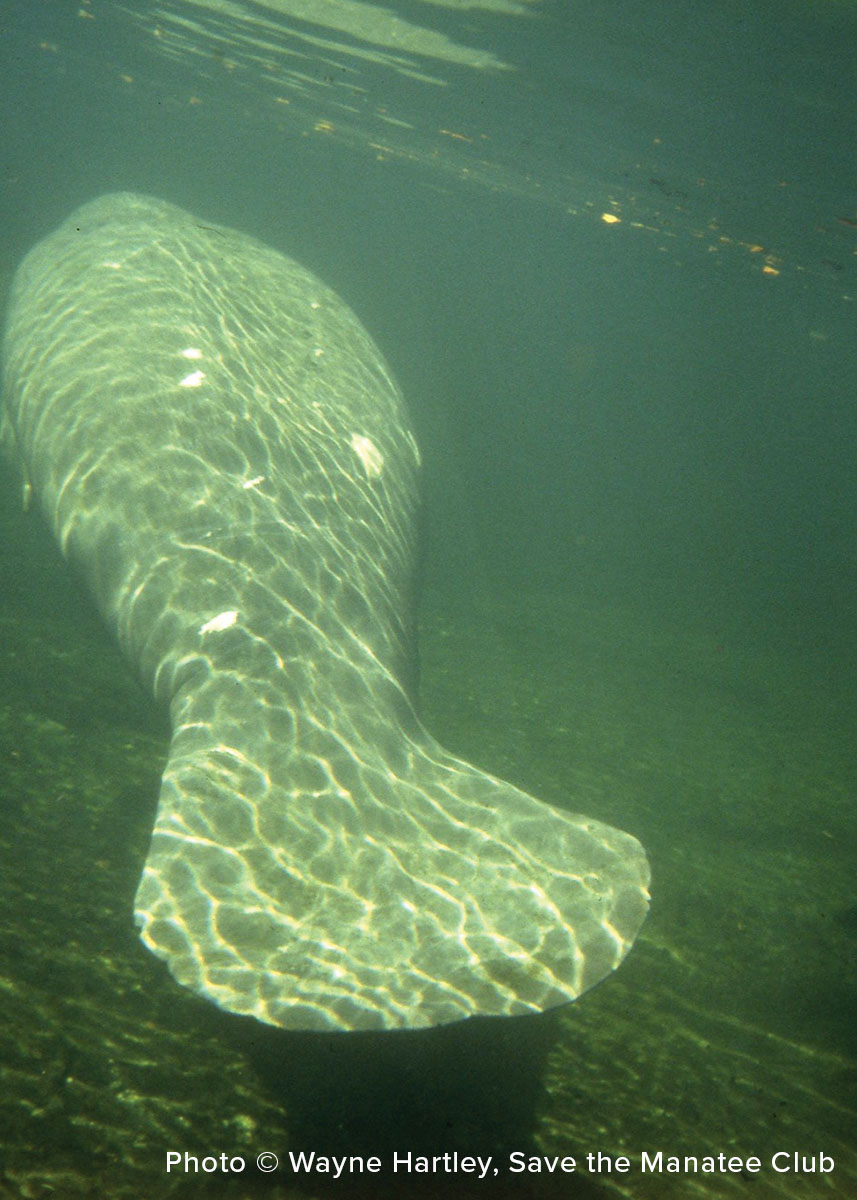 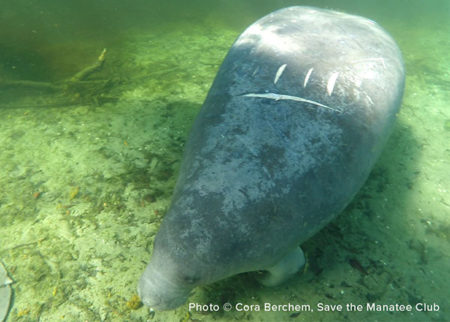 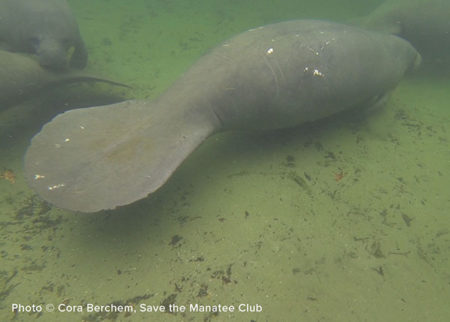 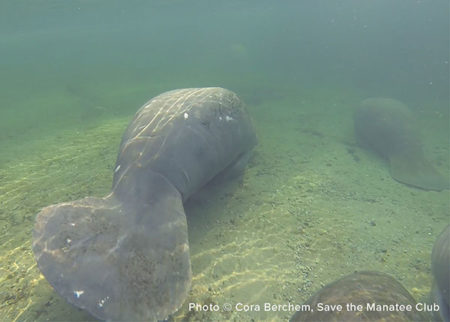 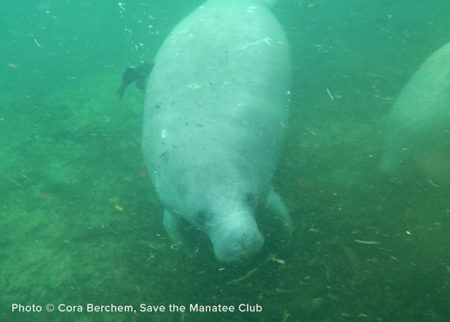 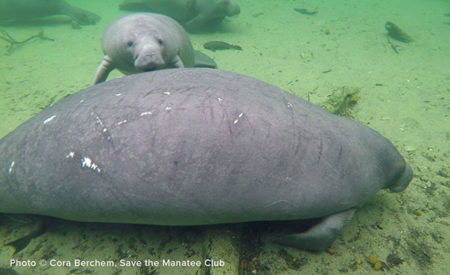 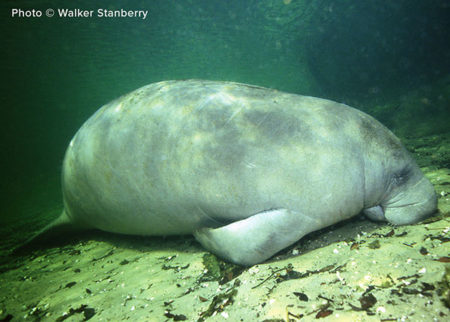 Watch A Video of Brutus
Visit Save the Manatee Club’s YouTube page for more videos.