HomeHow to HelpAdopt-A-Manatee®Meet A Manatee: Aqua

Identified by her obvious scars, she has had four calves

Aqua is a female manatee and a winter visitor at Blue Spring State Park in Orange City, Florida. She was first given a Blue Spring identification on December 30, 2011. At that time, she was medium-sized and estimated at five years old. She also had a complex but faint scar pattern on her right flank. In summer 2013, she has received three propeller cuts over her left shoulder. Later that year, she acquired an adjacent large, white scar and manatee researchers were not initially able to identify her. Now, those scars are chiefly how manatee researchers identify Aqua.

You can adopt AQUA or other manatees!
Each person who adopts her will receive a biography, adoption certificate, and membership handbook. They will also receive a subscription to The Manatee Zone, a newsletter featuring any updates on the adopted manatees, and Paddle Tales, Save the Manatee Club’s bi-monthly eNewsletter.
Adopt for Myself Adopt for Someone Else Educator Adoption
For more information or to view other manatees available for adoption, visit the Adopt-A-Manatee page, or call 1-800-432-JOIN (5646). 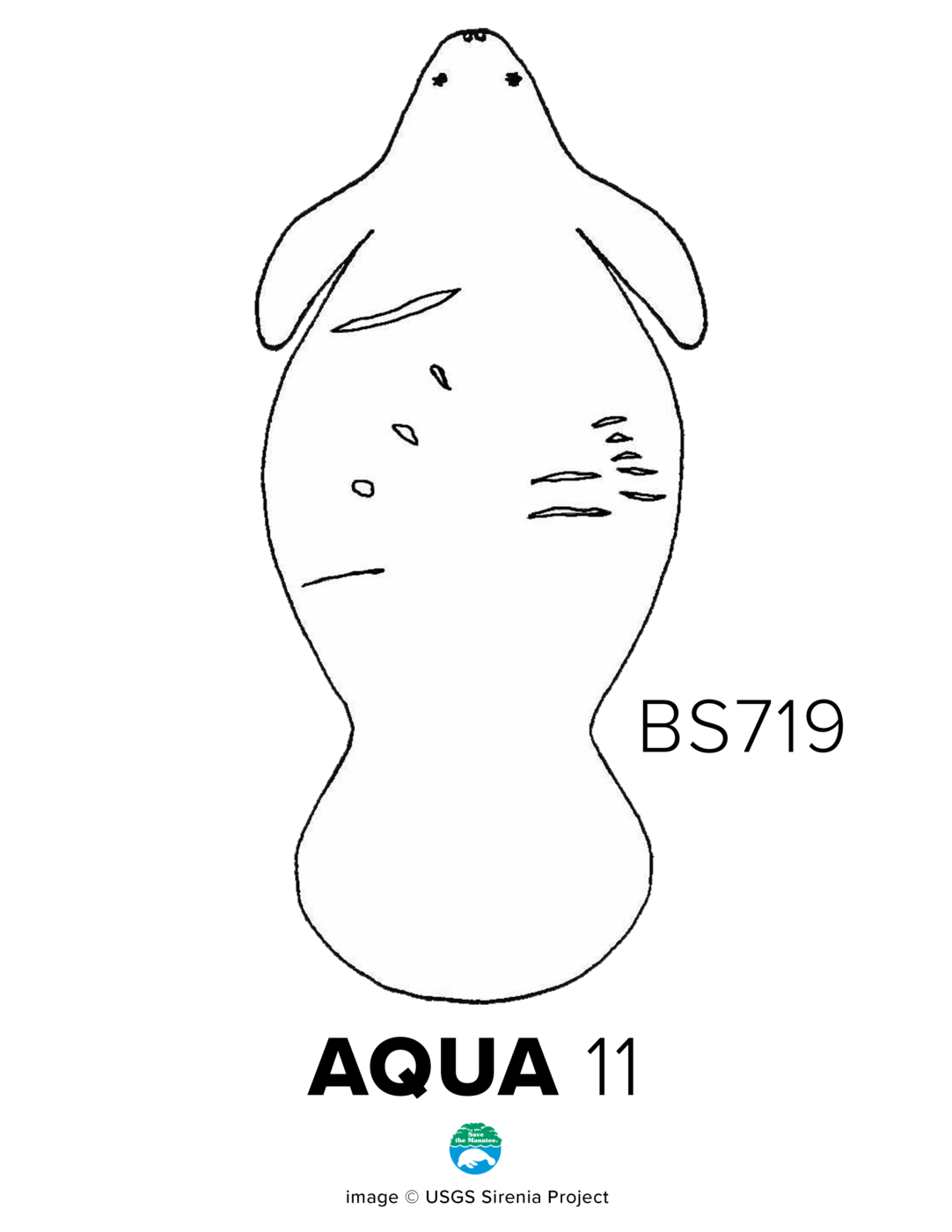 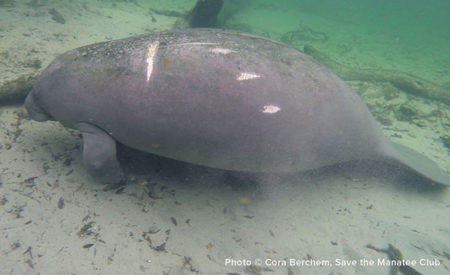 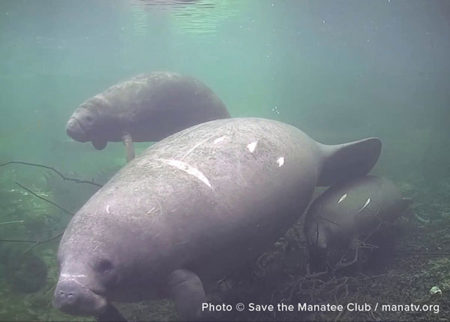 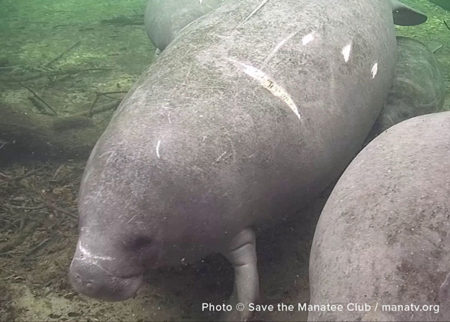 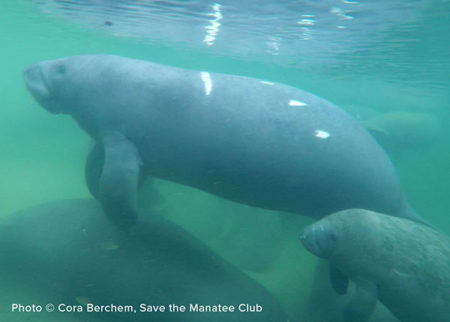 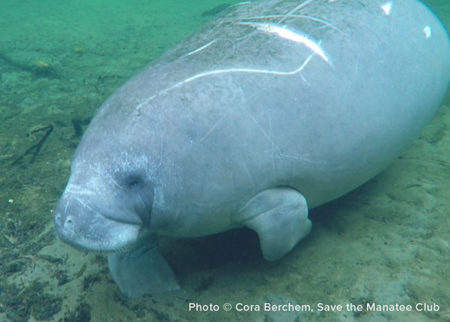 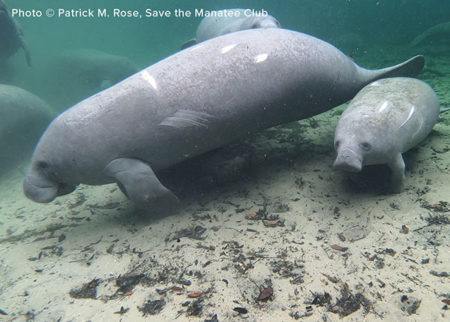 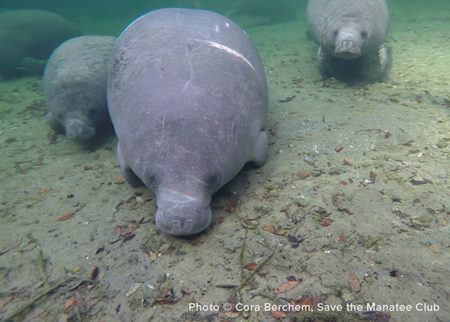 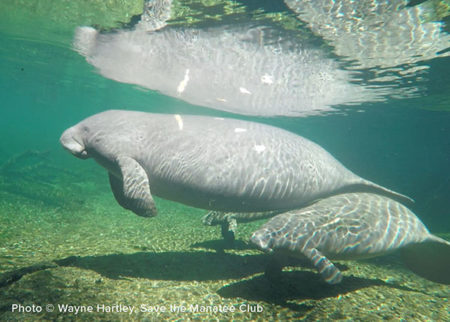 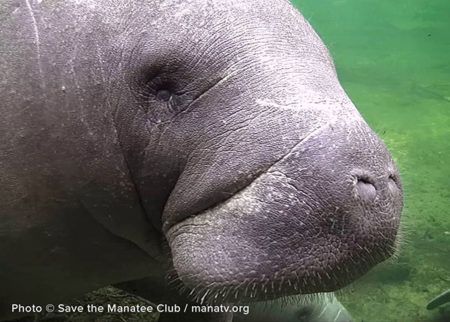 Watch A Video of Aqua
Visit Save the Manatee Club’s YouTube page for more videos.