HomeHow to HelpAdopt-A-Manatee®Meet A Manatee: Zelda

In recent years, she has been known to frequent the Florida Keys

Zelda joined Save the Manatee Club’s Adopt-A-Manatee® program in June 2022. She was given a name starting with the letter “Z” because the main scar on her back reminded researchers of a “Z.” She was first photo-documented in 2002 by our partners from the Florida Fish and Wildlife Conservation Commission at the Florida Power & Light power plant at Fort Myers in southwest Florida. Many manatees like Zelda are identified by permanent watercraft scars on their bodies and tails. Because manatees are slow-moving, need to surface to breathe air, and prefer shallow water, they are vulnerable to collision with boats.

Researchers use scar patterns to identify and track manatees. They can learn important life details such as where individual manatees travel, what they eat, who they associate or mate with, and when (or if) they give birth to calves. For example, Zelda has been sighted with four different calves over the years. This information helps agencies and advocacy groups like Save the Manatee Club ensure that important habitat such as travel corridors, feeding areas, and warm-water refuges are protected.

After she was first identified in 2002, Zelda was sighted at Manatee Park in Fort Myers during the winter months before she started showing up at the Tampa Electric Big Bend Power Station in Apollo Beach, Florida, where she regularly returned between 2006-2008. Zelda was sighted in Terra Ceia Bay in 2007 and Sarasota Bay in 2009. There were no sightings of Zelda between 2009 – 2014, but her movements in previous years show that manatees may use different warm-water sites.

In the summer, manatees are more widely distributed and can be found in salt, fresh, and brackish water, including shallow coastal areas, estuaries, and rivers. On March 12, 2014, Zelda was sighted in Marathon in the Florida Keys. Subsequent sightings occurred in Key West in 2015 and 2017 and Summerland Key in 2019 and 2021. Most recently, Zelda was reported with a new calf in Summerland Key in May 2022!

Various organizations, including Mote Marine Lab, U.S. Geological Survey’s Sirenia Project, and the Florida Fish and Wildlife Conservation Commission have contributed sightings of Zelda over the years. Zelda has also been documented by members from the public who have submitted sighting information and photos for inclusion in the statewide Manatee Individual Photoidentification Database (MIPS).

To protect manatees like Zelda, it is very important to boat slowly, especially around shallow seagrass beds, and not to give manatees food or water. Although manatees may enjoy it, it can change their natural behavior and put them in harm’s way if they become habituated to humans and boats. If you happen to be in southwest Florida or the Florida Keys, make sure to keep an eye out for Zelda and other manatees.

You can adopt Zelda or other manatees!
Each person who adopts her will receive a full-color photo, biography, and adoption certificate, as well as a membership handbook and subscription to The Manatee Zone, a newsletter featuring updates on the adopted manatees when they are sighted, and Paddle Tales, Save the Manatee Club’s bi-monthly eNewsletter.
Adopt for Myself Adopt for Someone Else Educator Adoption
For more information or to view other manatees available for adoption, visit the Adopt-A-Manatee page, or call 1-800-432-JOIN (5646). 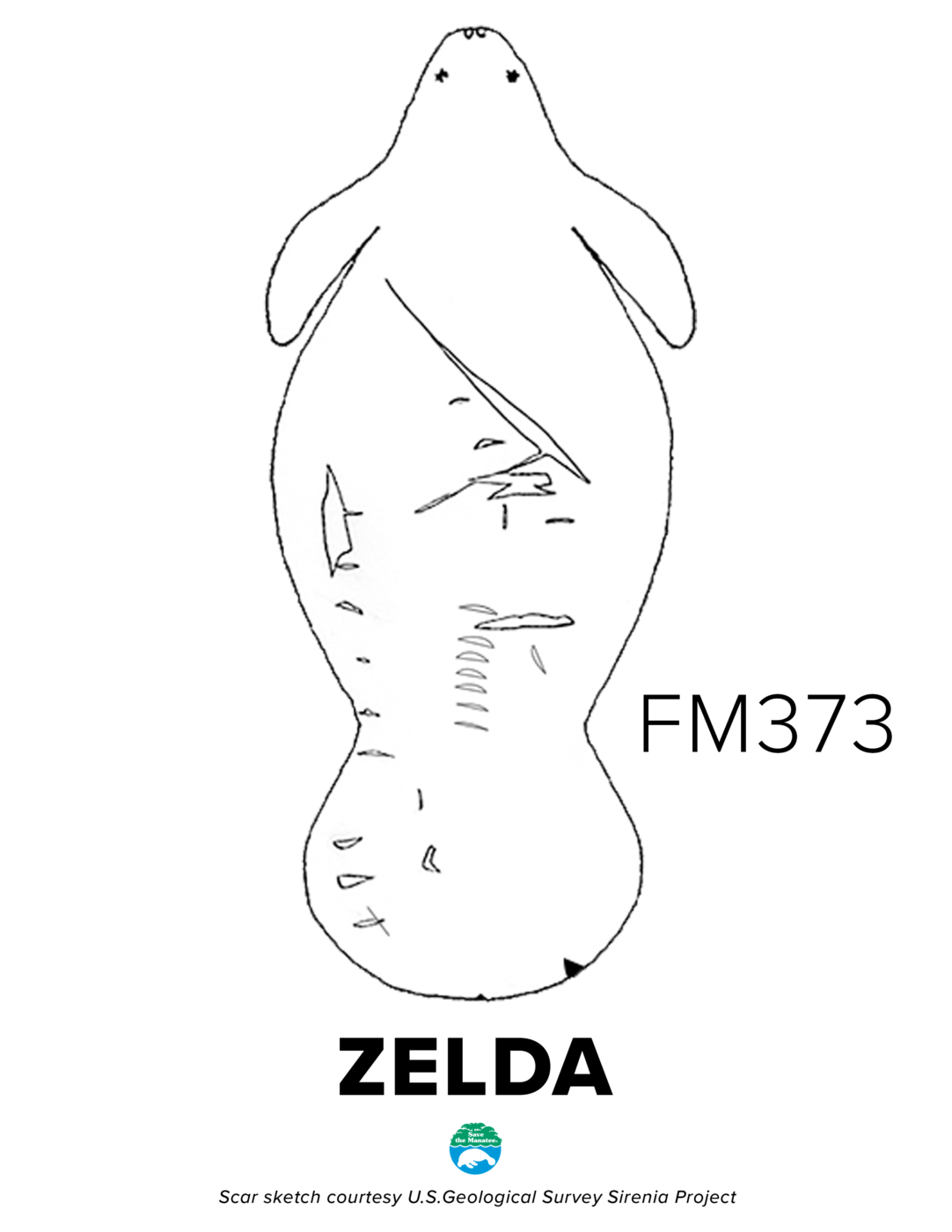 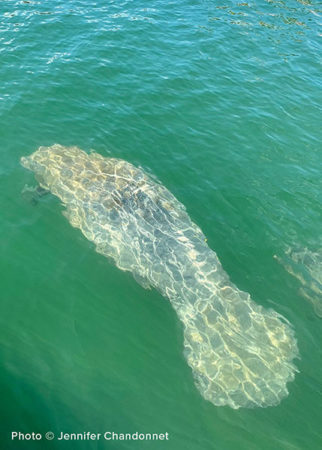 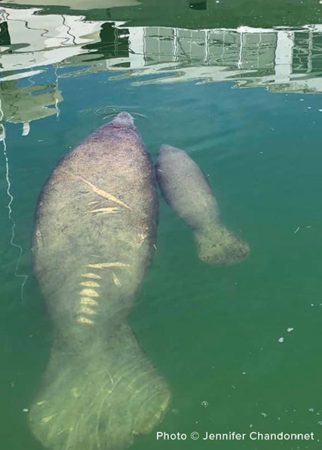 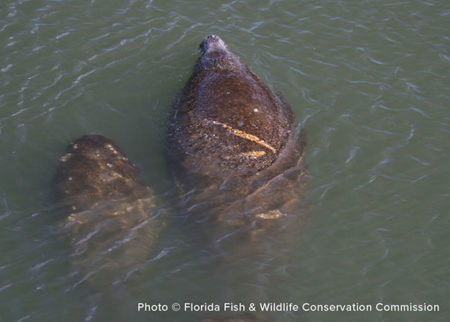 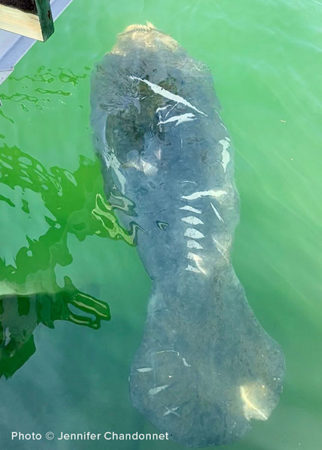