HomeHow to HelpAdopt-A-Manatee®Meet A Manatee: Margarito

Margarito was brought to Blue Spring State Park for the first time by his mother, Lily, on November 24, 1984. At the time, it was estimated that Margarito was approximately five to six months old. He was named in honor of SMC co-founder Jimmy Buffett’s hit song “Margaritaville.” When the winter began, the plan was to name a calf “Margarita,” but when only male calves arrived, his name was changed to “Margarito.” By the following winter season, Margarito was weaned and on his own, and he has returned to Blue Spring every winter since.

Margarito is known for being a very curious, friendly, and social manatee. He can be identified by a number of scars from watercraft strikes and from his missing left flipper, which became badly entangled in monofilament fishing line. Rescuers were able to remove the line, and they took him to SeaWorld Orlando for treatment before releasing him. Unfortunately, he lost the flipper, though he remains able to maneuver through the water using his remaining flipper and his powerful tail.

You can adopt Margarito or other manatees!
Each person who adopts her will receive a full-color photo, biography, and adoption certificate, as well as a membership handbook and subscription to The Manatee Zone, a newsletter featuring updates on the adopted manatees when they are sighted, and Paddle Tales, Save the Manatee Club’s bi-monthly eNewsletter.
Adopt for Myself Adopt for Someone Else Educator Adoption
For more information or to view other manatees available for adoption, visit the Adopt-A-Manatee page, or call 1-800-432-JOIN (5646). 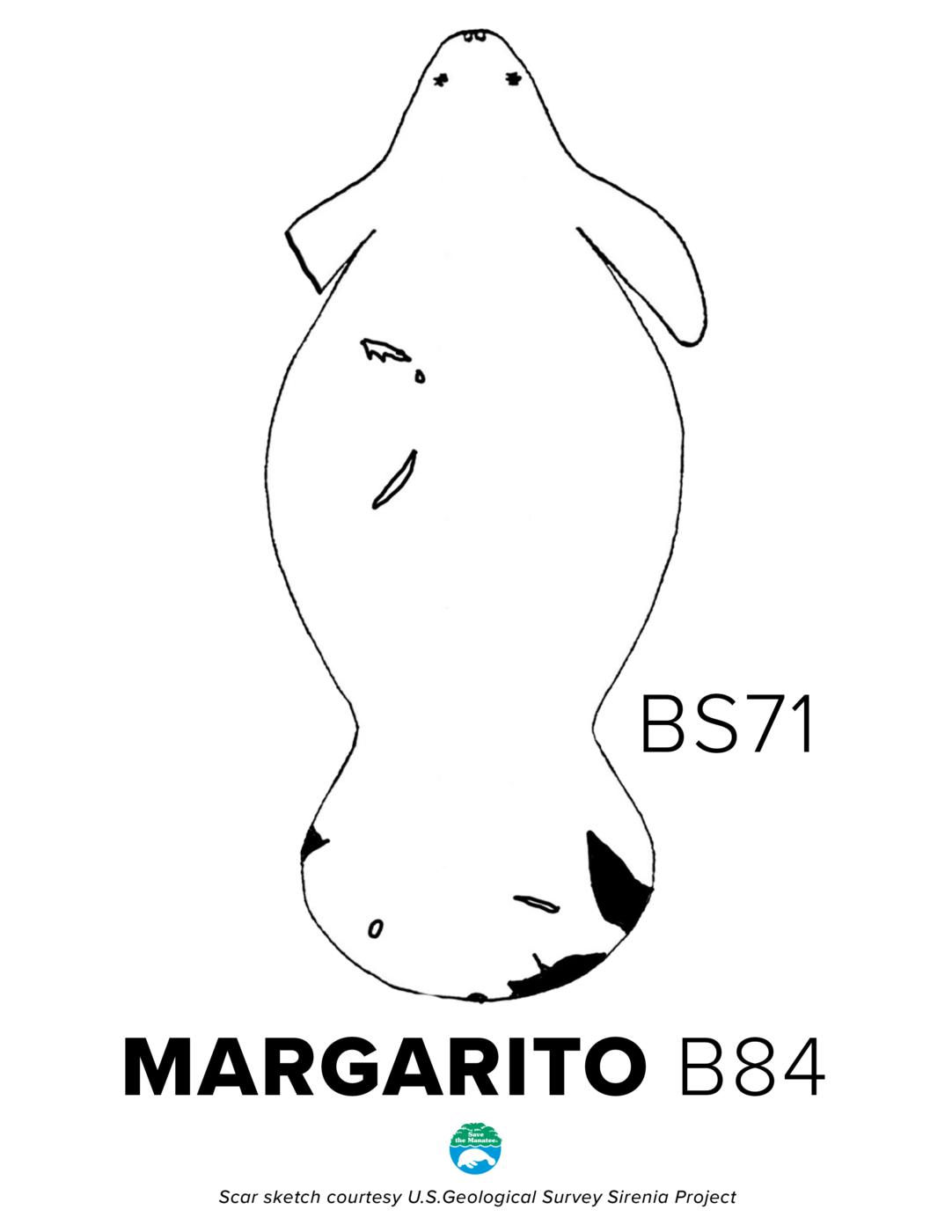 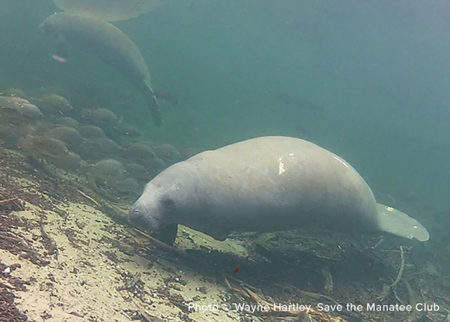 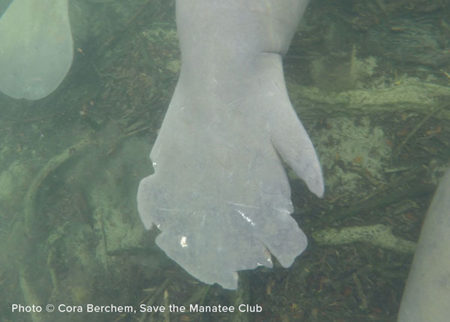 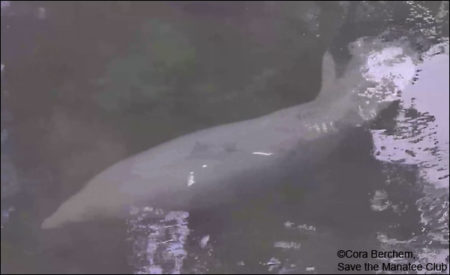 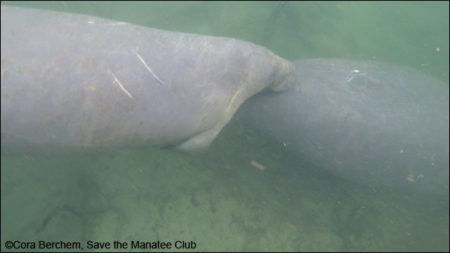 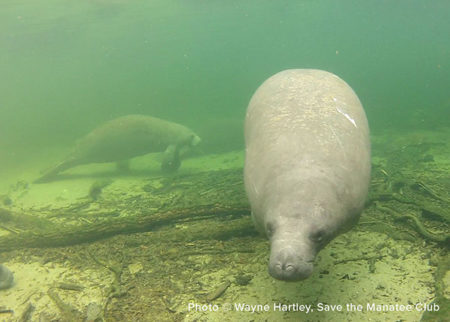 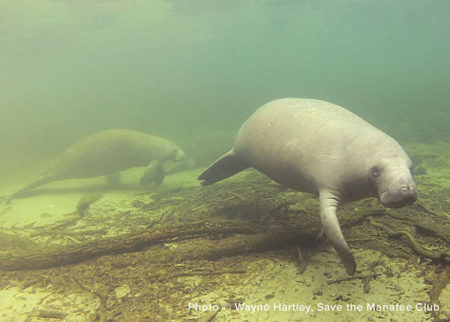 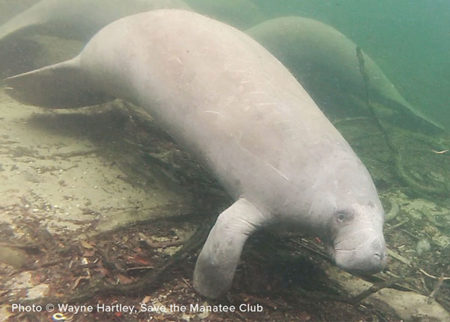 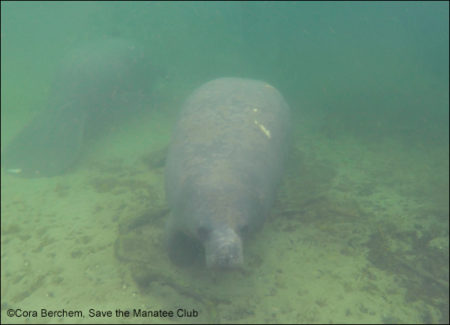 Watch A Video of Margarito
Visit Save the Manatee Club’s YouTube page for more videos.