HomeHow to HelpAdopt-A-Manatee®Meet A Manatee: Illusion

Illusion was rescued by the Florida Fish and Wildlife Conservation Commission (FWC) in 2010 after being struck by a motorboat near Riviera Beach, on Florida’s east coast. She had a deep propeller wound on her back and left side and was immediately taken to Miami Seaquarium (MSQ)—a member of the Manatee Rescue and Rehabilitation Partnership (MRP)—for treatment. At the time of her rescue, Illusion was about eight feet long and weighed almost 700 pounds. She had severe damage to her spine and ribs and lost one complete rib on the left side.

Over several months, the veterinary staff at Miami Seaquarium removed loose bone fragments until only healthy tissue remained. The lacerations on her back were deeply penetrating and disfigured her body. She was given the name “Illusion” because at one point the Seaquarium staff could literally see through her body to the other side of the pool. It was so surreal that they likened it to a magician’s illusion.

Once stabilized, Illusion was housed in a pool with several other manatees, including a small orphaned male calf named Wooten. Illusion and Wooten quickly bonded, and Illusion acted as a surrogate mother to Wooten. Within eight months of being rescued, Illusion accompanied Wooten to the Cincinnati Zoo, a manatee rehabilitation facility and member of the MRP, to allow her an extra year to heal. She was released in Florida in 2011 near the Earman River in Palm Beach County. She was over nine feet long and weighed 1,025 pounds at that time.

Since her release, Illusion has been regularly observed at Florida Power and Light’s (FPL) Riviera Beach power plant during the winter months. She has also been spotted in Brevard and St. Lucie County on Florida’s central east coast and during the 2017-2018 winter, she was documented in the Florida Keys. In 2018, Illusion was struck by another vessel that left scars on her back, which were observed by researchers that winter when she returned to FPL’s Manatee Lagoon.

The story of Illusion is a clear example why it is so important to travel slowly in manatee habitat and report injured and sick manatees immediately to FWC by calling 1-888-404-FWCC (3922). Her story is also a testament to the hard work and dedication of our MRP partners, who help ensure that Florida’s manatees receive the critical care they need and deserve after sustaining injuries caused by human activity.

If you visit Manatee Lagoon in West Palm Beach during the winter months, keep an eye out for Illusion and see if you can identify her by her prominent scars. You can also watch for her on their Manatee Cam.

You can adopt Illusion or other manatees!
Each person who adopts her will receive a full-color photo, biography, and adoption certificate, as well as a membership handbook and subscription to The Manatee Zone, a newsletter featuring updates on the adopted manatees when they are sighted, and Paddle Tales, Save the Manatee Club’s bi-monthly eNewsletter.
Adopt for Myself Adopt for Someone Else Educator Adoption
For more information or to view other manatees available for adoption, visit the Adopt-A-Manatee page, or call 1-800-432-JOIN (5646). 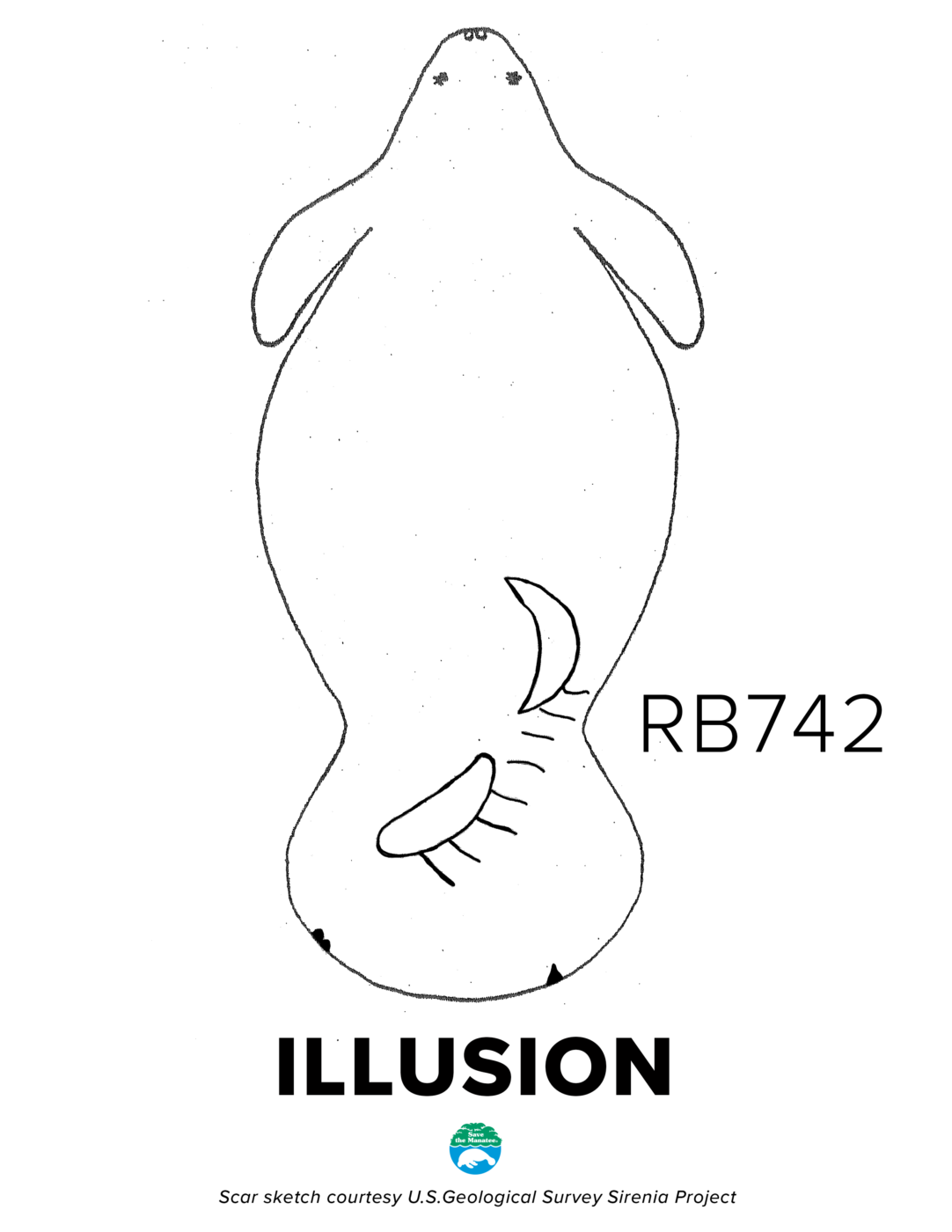 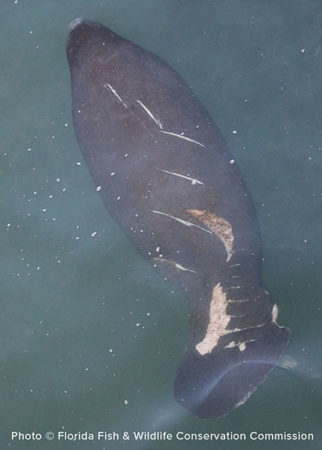 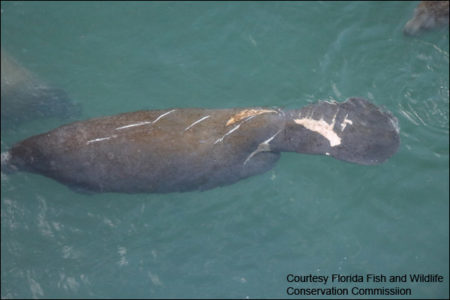 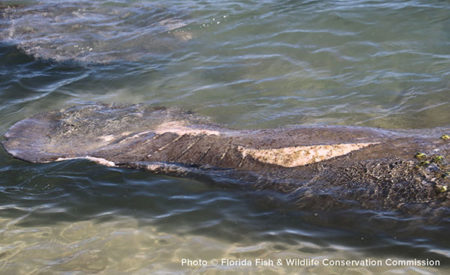 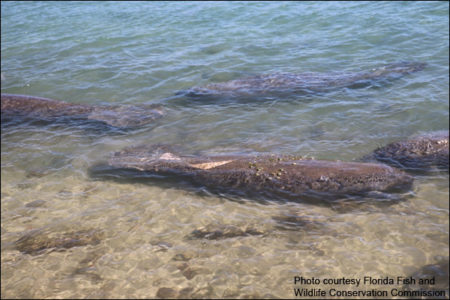 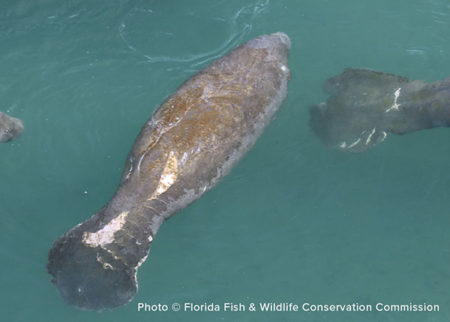 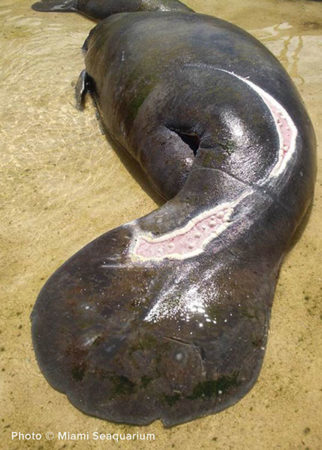 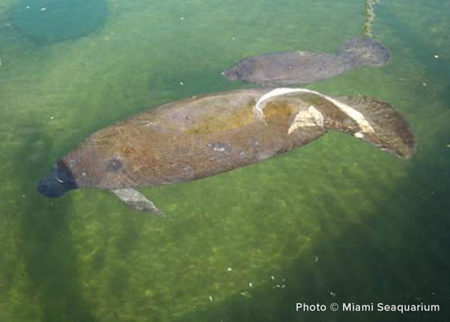 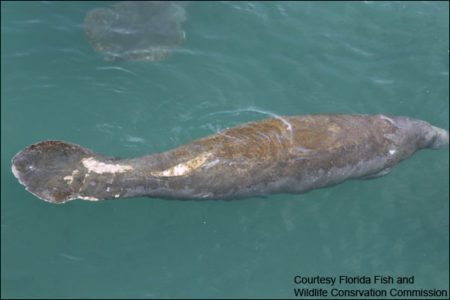