HomeHow to HelpAdopt-A-Manatee®Meet a Manatee: Howie

He is manatee with a notorious past

Howie is a male manatee and has been returning to Blue Spring State Park’s warm spring waters every winter since he was first identified in 1971. He is one of the most popular manatees at the park, and he has developed a reputation for being playful and a bit of a mischief-maker.

Like most manatees living in the wild, Howie can be identified by his scars, which are mainly located on his paddle-shaped tail. He is a favorite of Wayne Hartley, Save the Manatee Club’s Manatee Specialist, who tracks his return to Blue Spring each winter, along with Cora Berchem, Save the Manatee Club’s Director of Multimedia and Manatee Research Associate. Howie is usually one of the first manatees to show up for the season, and he is often one of the last to leave. Like the scamp that he is, Howie sometime arrives at the park just after Wayne and Cora have finished taking “manatee roll call” in the morning.

Howie has earned quite a reputation because of his behavior. The most notorious incident involved Wayne, Tom O’Shea, a former researcher with the U.S. Geological Survey’s Sirenia Project, and the research canoe, which contained all of their equipment — including several cameras. “In front of the viewing platform crowded with visitors, Tom pointed out Howie approaching, but we thought nothing of it,” said Wayne. “However, Howie was playing with other manatees and hadn’t noticed us. When he bumped our canoe, it startled him, and he lunged forward. Just as Tom and I congratulated ourselves on surviving the lunge, Howie’s tail hit the canoe as he fled. We tumbled out, and the cameras were left in a foot of water in the canoe. Now when I’m in the run taking photos or measurements and I look up and see Howie has just come in, my thought is: Go on Howie, up the run. PLEASE ignore me!”

In the last few years, Howie has been following his usual pattern of coming to Blue Spring in late November or early December, and he frequently stays through March. In the winter, he can often be found in the swim area of the park, which is off limits to humans when the manatees are visiting. During the 2017 – 2018 season, Howie was part of a group of males chasing a female named Lemon around the spring run. Five years earlier, he was also part of a group of 10 male manatees reported in a ditch behind the Central Florida Regional Hospital in Sanford, Florida. Howie and the other males had ended up there after pursuing a lovely young female named Pine. The hospital is located on the banks of Lake Monroe, a waterway that is connected to the St. Johns River. Fortunately, all was okay, and the manatees were able to get out. Eventually, they left and returned to Lake Monroe, and Howie and the others were none the worse for their experience.

You can adopt Howie or other manatees!
Each person who adopts her will receive a full-color photo, biography, and adoption certificate, as well as a membership handbook and subscription to The Manatee Zone, a newsletter featuring updates on the adopted manatees when they are sighted, and Paddle Tales, Save the Manatee Club’s bi-monthly eNewsletter.
Adopt for Myself Adopt for Someone Else Educator Adoption
For more information or to view other manatees available for adoption, visit the Adopt-A-Manatee page, or call 1-800-432-JOIN (5646). 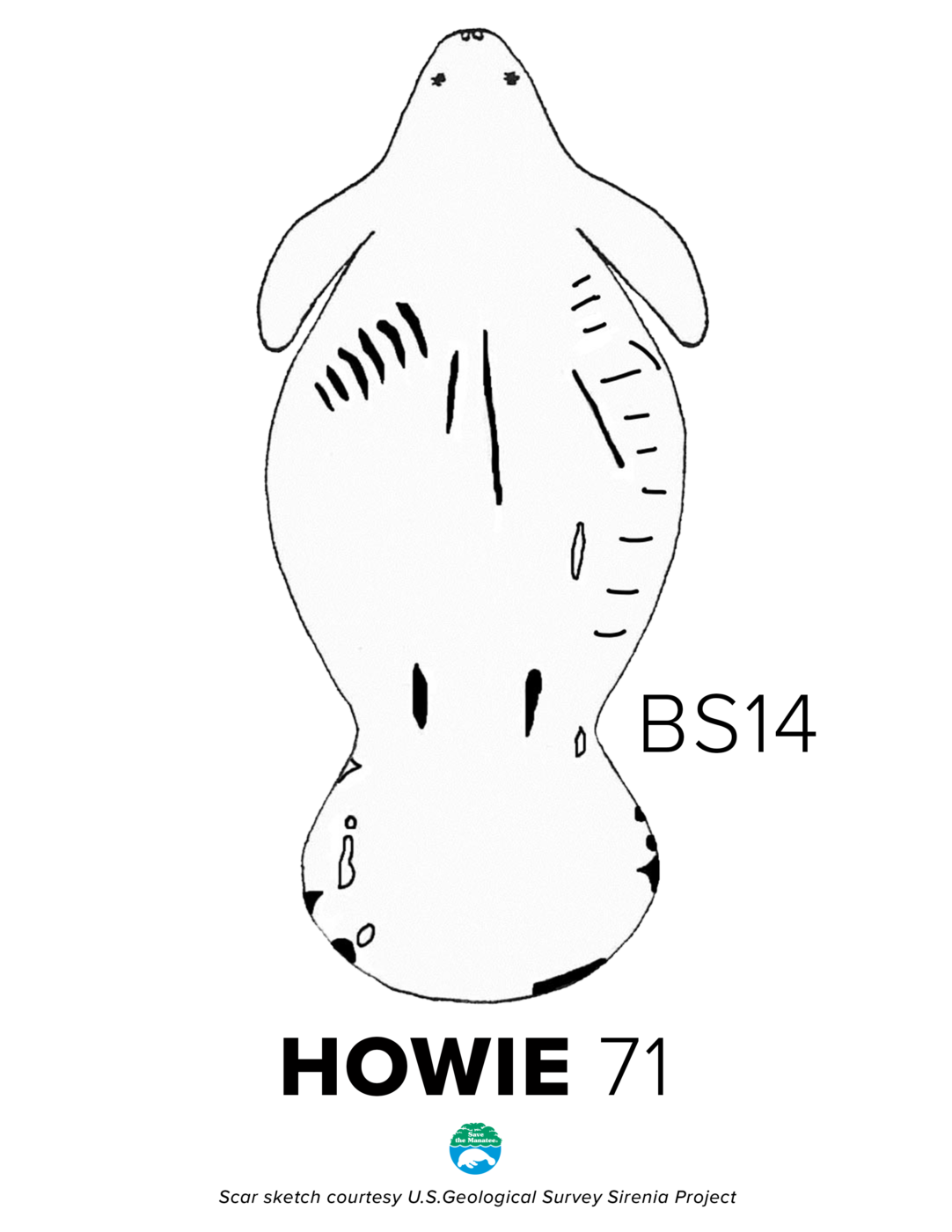 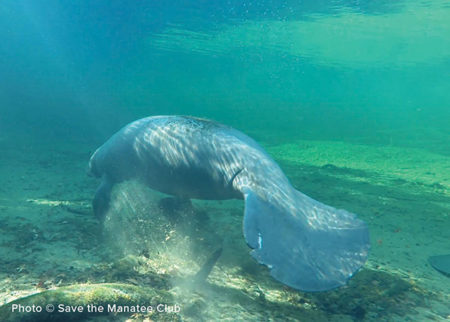 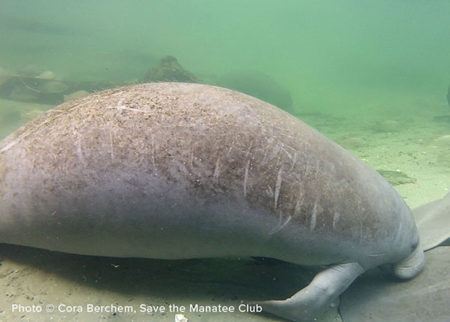 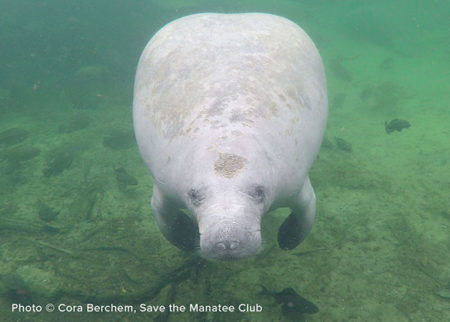 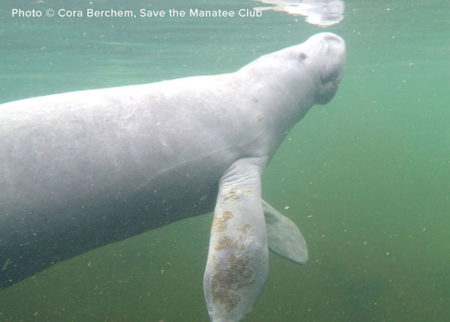 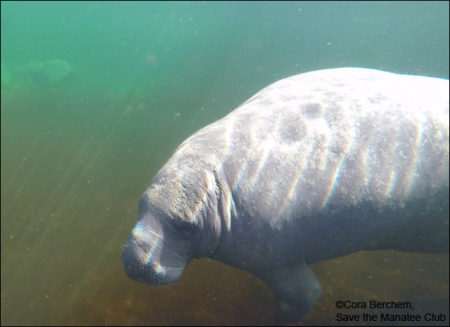 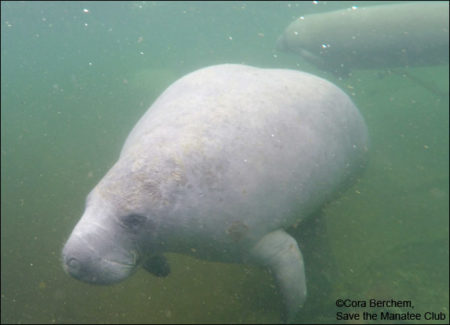 Watch A Video of Howie
Watch video of Howie on his various visits to the warm waters of Blue Spring State Park in the winter. See if you can spot the scars on his tail that help identify him.
Visit Save the Manatee Club’s YouTube page for more videos.