HomeHow to HelpAdopt-A-Manatee®Meet A Manatee: Floyd

A reliable guy, he’s been visiting Blue Spring since he was a youngster

Floyd was born sometime during the summer of 1978. We know how old he is because when he was just a few months old, his mother Phoebe brought him to visit Blue Spring State Park in Orange City, Florida. The mother and calf pair also spent the cold months in the warm spring waters at Blue Spring, and Floyd has returned to the park every winter since that time. Phoebe died some years ago, but Floyd has a younger brother named Philip who also visits Blue Spring in the winter.

Floyd is easily identified by the park rangers because he only has half of his tail as well as a large, crescent-shaped indentation and a series of horizontal scars on his left side. All of these scars were caused by boat strikes. Manatees can swim up to 20 miles per hour in short bursts, but they usually only swim about three to five miles per hour. Because manatees are slow-moving, need to surface to breathe air, and prefer shallow water, they are vulnerable to boat hits.

Floyd is known as a pretty reliable guy. He usually arrives at Blue Spring with the beginning of cool weather and heads out for the summer sometime in February or early March, and he makes several visits to the park each season. Wayne Hartley, Save the Manatee Club’s Manatee Specialist, has observed that Floyd has an interesting quirk that sets him apart from the other manatees. Apparently, Floyd likes to rest slightly away from the other manatees in the spring run with his head pointing downstream. Other manatees tend to face upstream into the current when they rest.

However, just because he rests apart from the other manatees does not mean that Floyd is anti-social. In fact, Floyd has a reputation for being playful and active, and he is often seen chasing after female manatees such as Phyllis, Lily, and Lucille. His male companions include Howie, Brutus, and Doc.

You can adopt Floyd or other manatees!
Each person who adopts him will receive a biography, adoption certificate, and membership handbook. They will also receive a subscription to The Manatee Zone, a newsletter featuring any updates on the adopted manatees, and Paddle Tales, Save the Manatee Club’s bi-monthly eNewsletter.
Adopt for Myself Adopt for Someone Else Educator Adoption
For more information, visit the Adopt-A-Manatee page, or call 1-800-432-JOIN (5646). 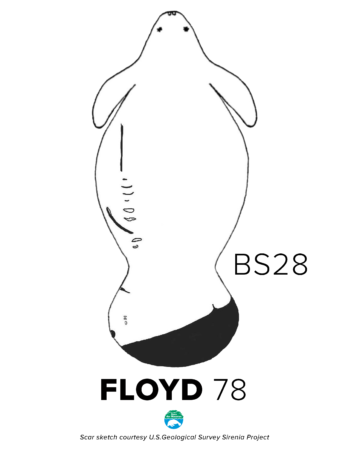 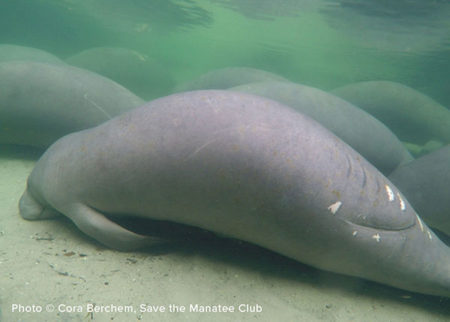 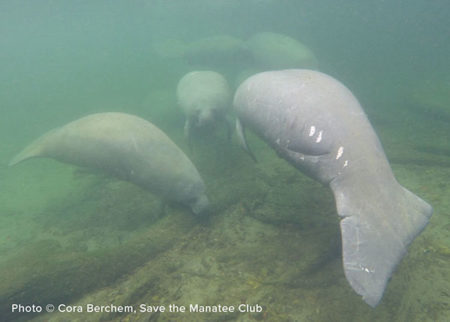 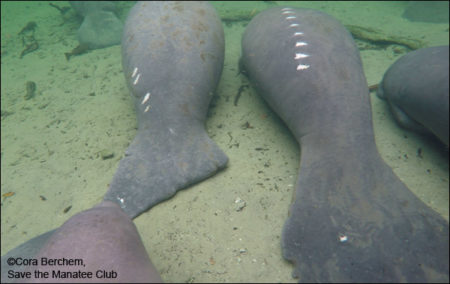 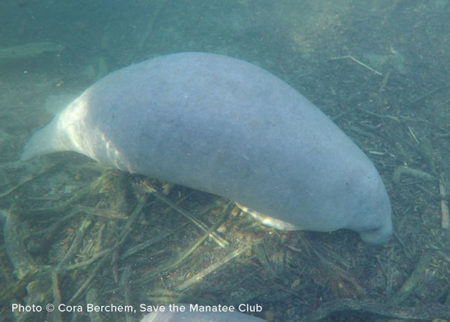 Watch A Video of Floyd
Watch this video of Floyd as he swims, rests, and surfaces to breathe on his visits to Blue Spring State Park. Notice the unique scars that identify him.For more videos, visit Save the Manatee Club’s YouTube page for more videos.