HomeHow to HelpAdopt-A-Manatee®Meet A Manatee: Flash

A shy guy, he will take off in a “flash” anytime he is disturbed

Flash earned his name because he is an extremely shy manatee. He will take off in a “flash” anytime he is disturbed. Wary of humans, he can be very elusive when people are looking for him.

A male manatee who winters at Blue Spring State Park near Orange City, Florida, Flash was first identified in 1977. One way that researchers identify him is due to his large size. Sadly, another way is by the numerous scars he bears. Originally named “Mr. Clean” because he had no big scars, Flash has suffered a number of boat strike injuries across his back, tail, and face. These injuries have healed, but the scars remain.

On winter mornings, researchers at Blue Spring do a manatee “roll call” where they count and identify the manatees visiting the spring run. Wayne Hartley, Save the Manatee Club’s Manatee Specialist, tracks the manatees at Blue Spring. He says that Flash tends to evade roll call and keep to himself.

Flash has missed a few winter seasons at Blue Spring. This is not uncommon since manatees will sometimes explore and locate alternative warm-water sites. In fact, he has been documented spending time in a spring to the north of Blue Spring, along with fellow adoptees Brutus and Merlin.

When Flash does visit Blue Spring, he usually shows up early for the winter season, often coming in ahead of the other manatees. Though he often keeps to himself, he does sometimes travel in and out for the season with other manatees. He has been spotted with adoptees Merlin, Lenny, Brutus, and Lucille. Despite his timidity with humans, he’s been known to pester the female manatees.

You can adopt Flash or other manatees!
Each person who adopts him will receive a biography, adoption certificate, and membership handbook. They will also receive a subscription to The Manatee Zone, a newsletter featuring any updates on the adopted manatees, and Paddle Tales, Save the Manatee Club’s bi-monthly eNewsletter.
Adopt for Myself Adopt for Someone Else Educator Adoption
For more information, visit the Adopt-A-Manatee page, or call 1-800-432-JOIN (5646). 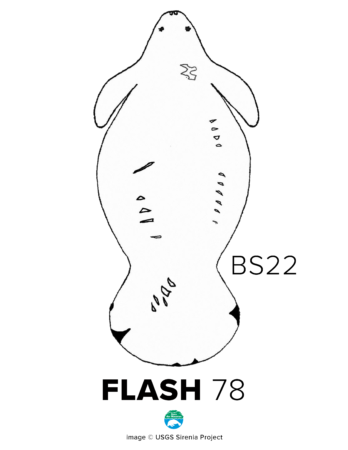 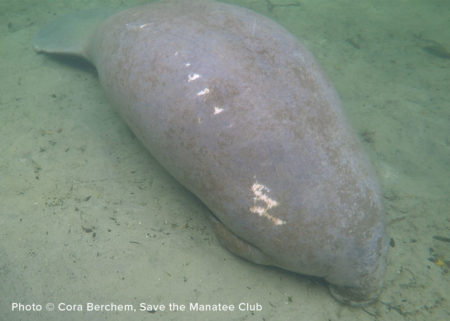 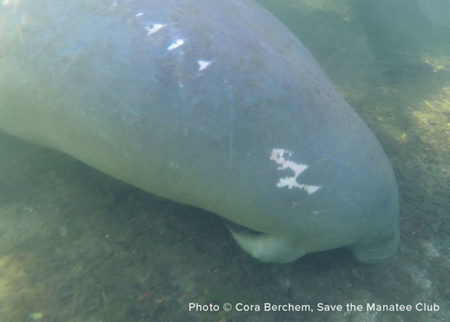 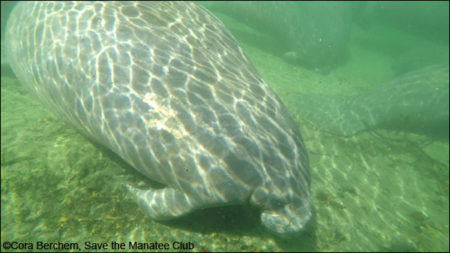 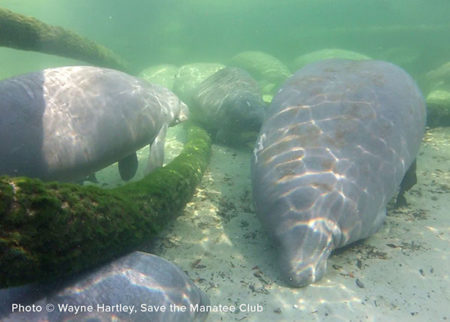 Watch A Video of Flash
Visit Save the Manatee Club’s YouTube page for more videos.