HomeHow to HelpAdopt-A-Manatee®Meet A Manatee: Annie

Rescued as an orphan, Annie has given birth at Blue Spring State Park four times!

Annie was rescued as an orphan on August 12, 2005, from the Halifax River near Port Orange, Florida. At the time, she was just a little over four feet in length and weighed only 70 pounds. Newborn calves are generally four feet long and weigh about 65 pounds, so she was too young to be alone. She was taken to SeaWorld Orlando to grow and gain weight, and it was there that she met her friend Rocket.

Rocket was also an orphaned calf rescued in 2006 at Blue Spring State Park. Annie and Rocket were together in rehabilitation at SeaWorld and released at the same time at Blue Spring on February 11, 2008. On the day of release, Annie was was about eight and a half feet in length and weighed 1,055 pounds.

Both Annie and Rocket received tags so researchers could monitor their adjustment to the wild. The tag consists of a belt that fits around the base of the manatee’s tail and a tether attaching a floating transmitter to the belt. The tag’s design has a “weak link” so it will break loose if entangled in vegetation or debris.

The Annie and Rocket adjusted successfully to the wild so researchers removed the tags. Still, the two stayed together, although they were almost four years old and should have been going their separate ways.

In 2012, she turned seven, and was very pregnant when she visited the park. Female manatees usually have their first calf at age five or six, so Annie was slightly late. Her calf, a male named Arron, was born in Blue Spring at the end of June. For two or three weeks, Annie and Arron hung around the park. Volunteers, many from Save the Manatee Club, were necessary to keep people from disturbing them. When Annie and Arron came back for the winter, they were amid a small pack of juvenile manatees that wanted to nurse.

Fast-forward to 2014, and Annie came in to Blue Spring toward the end of July very pregnant. On July 26th, she once again had a calf at the park — this time a female. You can see a video of her and the calf shortly after the calf arrived. But when Annie and the calf returned for the winter, a group of juvenile manatees again gathered to nurse, and the calf was losing weight. In February 2015, both were rescued and it was found that Annie was also underweight to a dangerous point. She and the calf underwent rehabilitation at ZooTampa at Lowry Park, where zoo staff named the calf Naui. In late March, Annie and Naui returned to Blue Spring looking fat and healthy. Watch the video of their release back into the wild.

On August 15, 2016, Annie gave birth to her third calf, a female, at Blue Spring State Park. Annie and the calf visited the park often after she gave birth. Unfortunately, Annie had also received a new boat strike. You can see the healed scars on her left side, near her head and shoulder. In August 2018, she gave birth to her fourth calf at Blue Spring! Watch video of Annie and her 4th calf. Since Annie seemed to calve every two years, everyone expected her to birth her next calf in summer 2020, but she did not come to the park. When she arrived for the 2020-2021 winter season at Blue Spring, she looked very pregnant. However, she left the season still pregnant in March. On May 13, 2021, she came to Blue Spring with a new little calf that couldn’t have been more than a few days old!

You can adopt Annie or other manatees!
Each person who adopts her will receive a biography, adoption certificate, and membership handbook. They will also receive a subscription to The Manatee Zone, a newsletter featuring any updates on the adopted manatees, and Paddle Tales, Save the Manatee Club’s bi-monthly eNewsletter.
Adopt for Myself Adopt for Someone Else Educator Adoption
For more information or to view other manatees available for adoption, visit the Adopt-A-Manatee page, or call 1-800-432-JOIN (5646).

The “As” on Annie are freeze brands, which are used when a manatee is being tracked and has no other identifying markings. 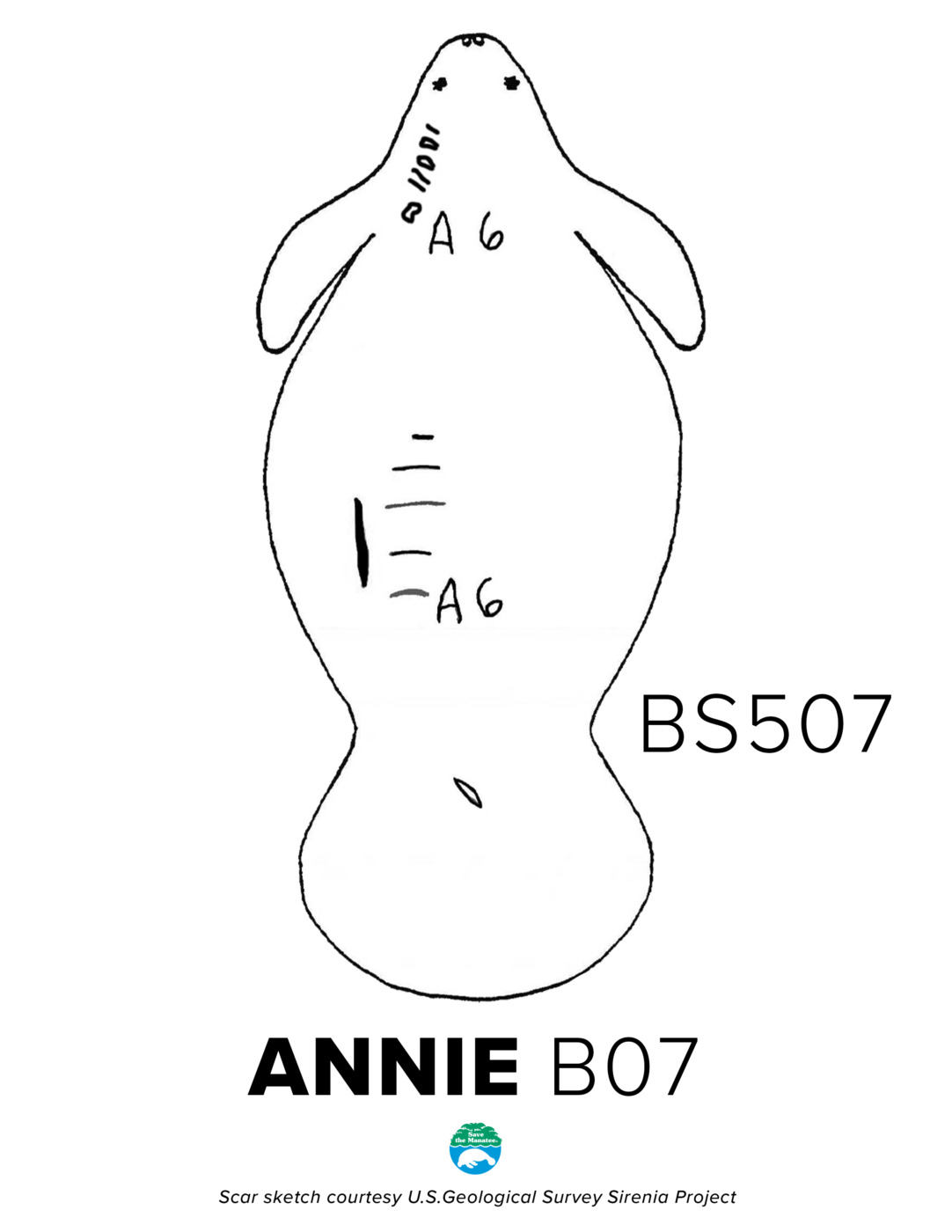 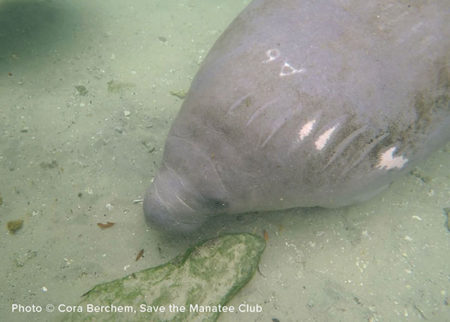 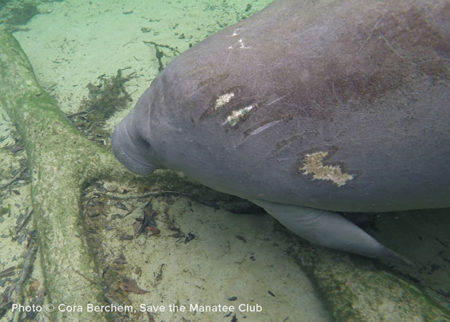 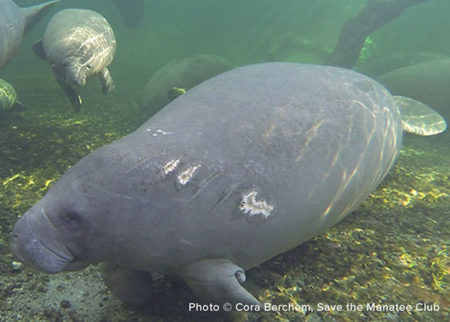 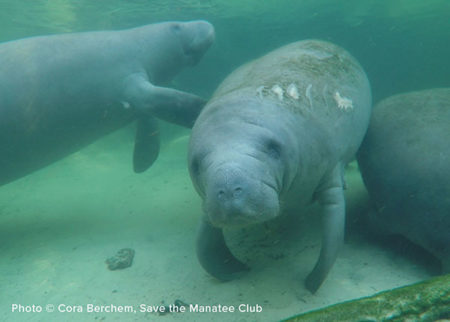 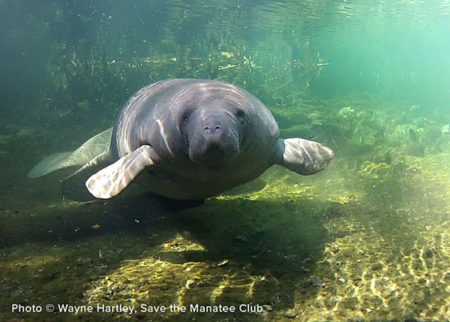 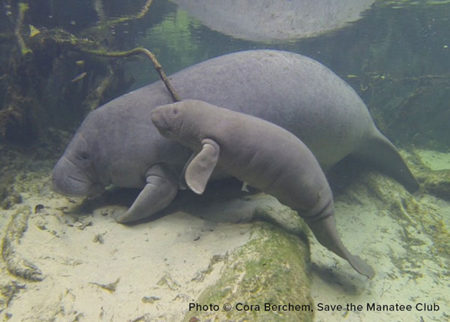 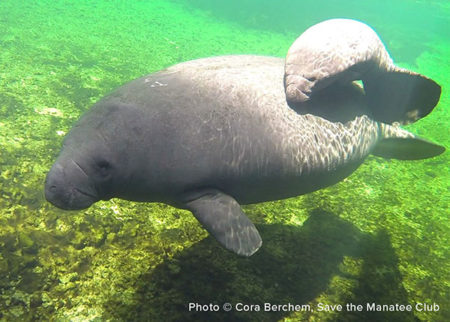 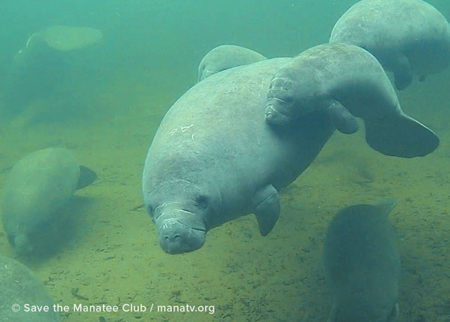 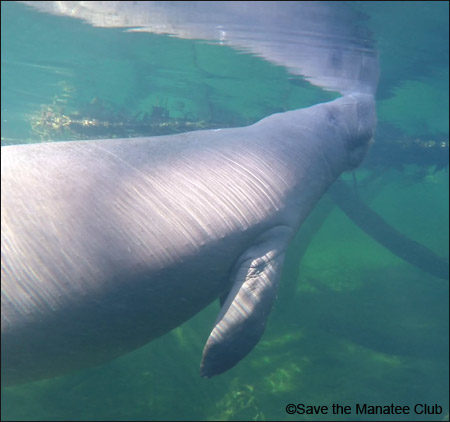 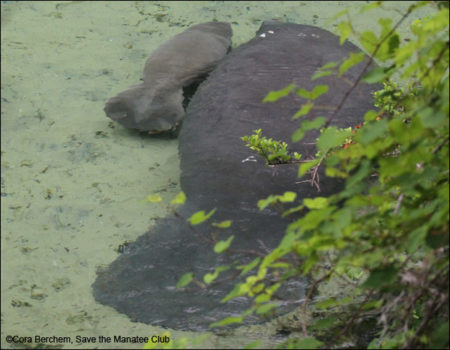 Watch A Video of Annie
Visit Save the Manatee Club’s YouTube page for more videos.