HomeHow to HelpAdopt-A-Manatee®Meet A Manatee: Lesley

She proves the resiliency of manatees despite the odds against them

Lesley was first identified in 2014 at Blue Spring State Park, located in Orange City, Florida. Thought to be five years old at the time, she had light scars from a boat collision and was identified mainly by a white skeg scar on her right flank and six gray propeller wounds. Lesley also had a natural bump in the middle of her tail. She was accompanied by her first calf, named Lennox. Originally thought to be male, Lennox turned out to be female and now has calves of her own.

Lesley the manatee was named for Lesley Argiri, a former high school biology teacher from Harrison Township in Michigan, who started the Save the Manatee 5K race in 2003 to raise funds for manatee protection efforts. What began as a small race with a few hundred people has grown to an annual event that now includes a Virtual 5K with thousands of participants from around the world.

In November 2015, manatee Lesley returned to Blue Spring for the winter season with a healed boat strike wound just behind her right shoulder. She survived it and can also be identified at a right angle by her damaged shoulder. Lesley came in with her second calf for the 2017-2018 season. Unfortunately, in the course of the season, Lesley started to lose weight, became extremely emaciated, and had to be rescued in March 2018.

Lesley and the calf went to SeaWorld Orlando for rehabilitation, and it was determined that what had appeared to be a healed boat strike wound on Lesley’s back had become severely infected. The calf, a female named Leena by SeaWorld staff, was released in November 2018 after she was considered old enough to survive on her own. But Lesley needed several surgeries and almost three years in rehabilitation to recover from her injuries and internal infections before she was released at Blue Spring in January 21.

Because of the dedicated care of the SeaWorld team, Lesley weighed almost 1,400 pounds on the day of her release, and she swam back out into the St. John’s River with a big splash. The next morning, she was seen among the 271 other manatees in the spring run that she calls her winter home. Lesley will always bear scars from her injuries, but we hope that she will adjust well to life back in the wild.

You can also learn more about the Manatee 5K and sign up to join by visiting savethemanatee5K.com. The race is open to participants all around the world. You can run, walk, bike, hike, kayak, swim, ride horseback, or choose any activity wherever and whenever you want. Join us!

You can adopt Lesley or other manatees!
Each person who adopts her will receive a biography, adoption certificate, and membership handbook. They will also receive a subscription to The Manatee Zone, a newsletter featuring any updates on the adopted manatees, and Paddle Tales, Save the Manatee Club’s bi-monthly eNewsletter.

Proceeds from Lesley’s adoption will go to the Manatee Rescue & Rehabilitation Partnership (MRP) to help other manatees in need (Save the Manatee Club is an MRP partner and founding member).
Adopt for Myself Adopt for Someone Else Educator Adoption
For more information or to view other manatees available for adoption, visit the Adopt-A-Manatee page, or call 1-800-432-JOIN (5646). 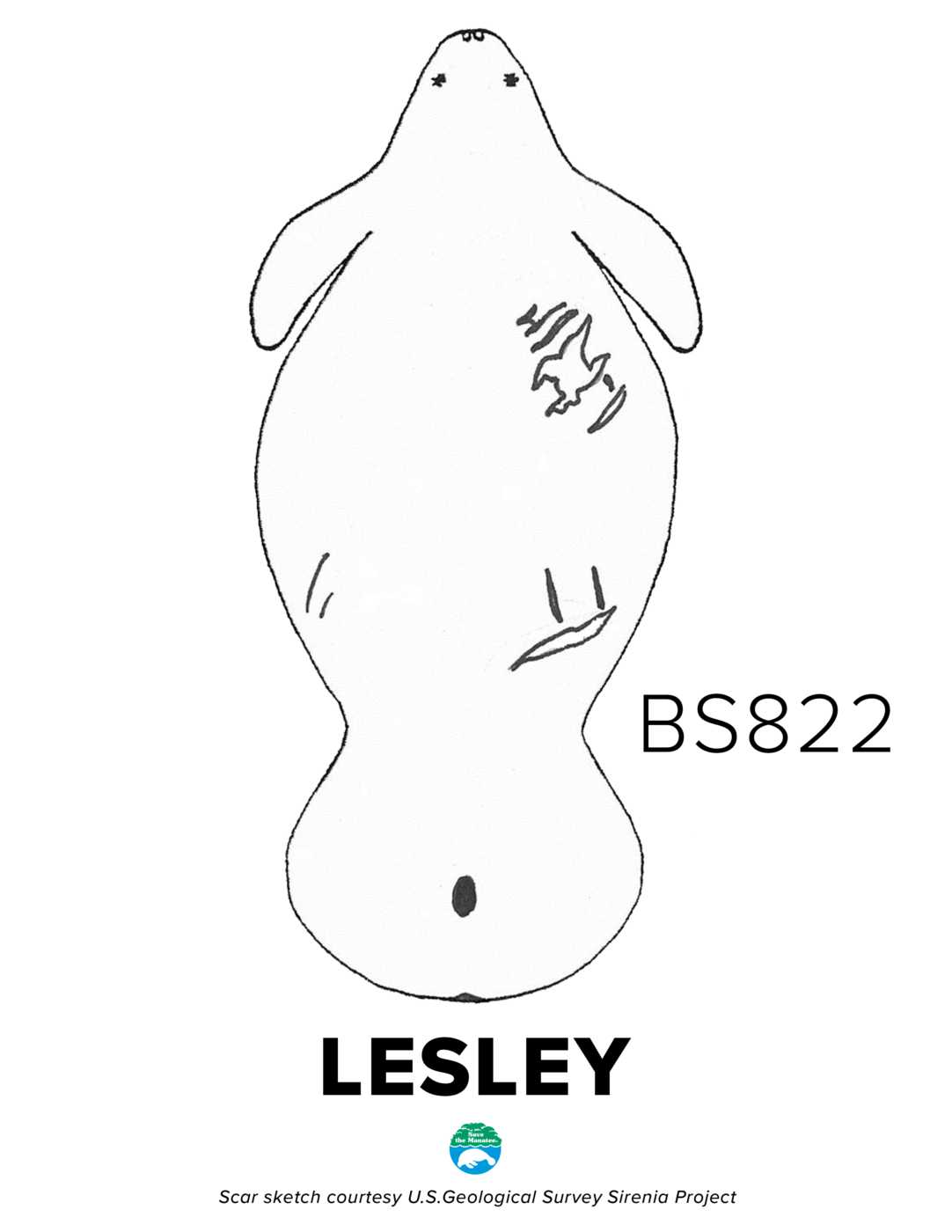 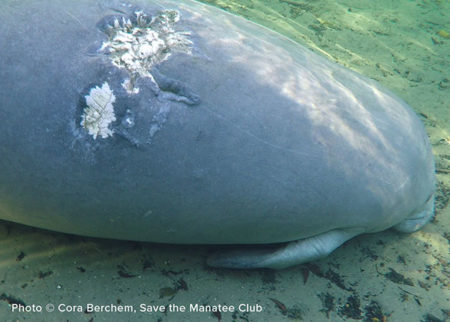 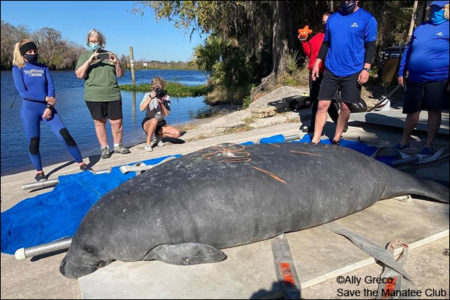 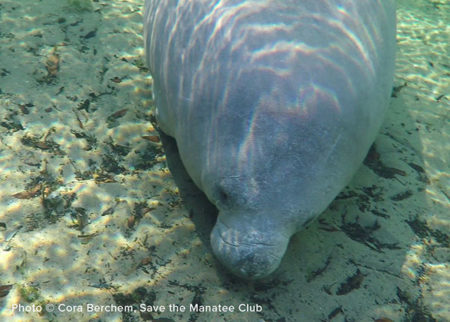 Watch A Video of Lesley
Watch a video documenting Lesley’s release and treatment for her injuries and infection. It also highlights the efforts of SeaWorld Orlando and other partners in the Manatee Rescue and Rehabilitation Partnership to make sure every manatee gets the care it deserves. (Video © Save the Manatee Club. Rehabilitation footage courtesy of SeaWorld Orlando.
All activities conducted under permit #MA770191​ and #MA791721​-5.)
Visit Save the Manatee Club’s YouTube page for more videos.